How to Reduce App Development Costs

Unless you are a multi-million lottery winner, you probably know the worth of hard-earned money. One can hardly escape the pique feeling when planning a software development budget. It’s expensive, yes, but the good news is that it can be much cheaper than you expect.

If you’re working on your first ever app and have never collaborated with developers before, your initial choice of a dedicated team will likely be a local IT company. Did you notice how the price for one man hour can vary according to a region? See where we’re going with this yet? You can definitely save some money by turning to an outsourcing company - and that’s not all. This article includes a bunch of tips that can help significantly reduce your budget without the risk of affecting the quality of your future software. Let’s keep going...

Let’s take a look at 11 extremely useful and efficient tactics, the employment of which can help very much to reduce the cost of app development.

MVP means minimum viable product which features all the basic functionality of the future end product. Don’t waste your time and money on the development of a detailed interface and branded design; implement an early access version of your concept. Releasing such a product, you’ll get a great chance of gaining initial profit. Moreover, you’ll be able to objectively assess your target audience’s reaction beforehand. Eventually, you can put the newly attracted investments into the project’s further development and get a clear vision of what should be added/changed.

As we’ve already mentioned in this article, outsourcing is the primary task that will help reduce your project budget requirements. On the other hand, lower prices may not always be an efficient option. Too low prices per one man hour might put you on guard. We’re talking primarily about developers from Asia, many of whom a) are not experienced enough in the creation of solutions based on the latest IT technologies; b) can’t speak sufficient English which negatively affects cooperation capabilities; and, c) live in the absolutely opposite time zone which complicates communication with a client. So, your best bet in turning to outsourcing is likely an IT company in Eastern Europe. It’ll save you a lot of headache and money simultaneously.

The composition of documentation may seem like a “strictly formal” process, but it can heavily influence the final cost of the project. If you’re familiar, to some extent, with the principles of work for Agile – one of the most frequently practiced methods in software development - you probably know that the documentation there isn’t really prioritized. Paradoxically, as it may seem, such negligence provides certain advantages. The developers look at it from time to time to get a general image of what the client wants. The rest of the details are usually discussed and corrected during the workflow. As a result, you get a turnkey solution.

Moreover, this factor lets the client relax a bit and not be obliged to understand all the nuances of the product at work; however, such an approach can still affect the general budget in a negative way. If your goal is to save as much as possible on development, take some time to compose a fully detailed list of requirements for future software. Only in that way will you be able to reduce the chances of expenditures.

If you’re planning to create a mobile app, the most obvious factor to influence its cost is the platform choice. The most popular out there right now are iOS, Android, and Windows. Considering the fact that each has its own UI features, you’ll need to hire several teams for each platform, for frontend creation. Continuing on this topic, iOS-based devices feature quite a limited number of display formats and they can simply be tested via the single emulator – both relating to Android. Manufacturers of Android-based devices practically have no limits when it comes to screen sizes, which means that a number of additional tests (which cost money, of course) are required in order to avoid “floating” interface elements. What can you do in such a situation? The answer is simple – employ the hybrid or cross-platform framework. Of course, having the frontend created in such manner won’t fit each OS perfectly, and it might lack in performance capabilities a bit, though advanced frameworks like React Native allow for creating apps that are similar to their native analogs in design and performance as much as possible. All in all, if you’re planning on reducing your budget, get some advice from the developers. Perhaps, the hybrid/cross-platform solution would be the best option in your particular case. 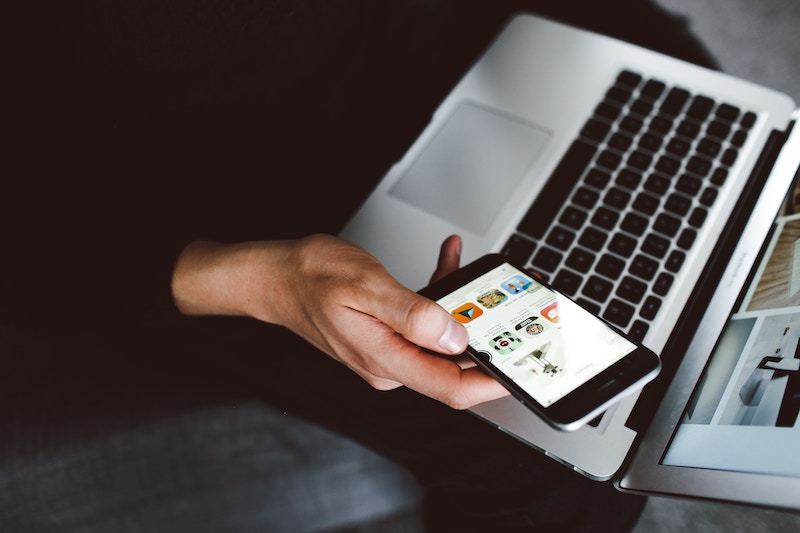 It’s no secret that the creation of a completely original and authentic software foundation based on a library isn’t a cheap affair. It also takes much time and requires a special approach. To start, just choose the most comfortable framework that would fit your requirements. Fortunately, there’s currently an (almost) unlimited choice of advanced tools available to developers. The terms of the software creation process can be significantly shortened due to tried and tested templates and high-end building mechanisms. 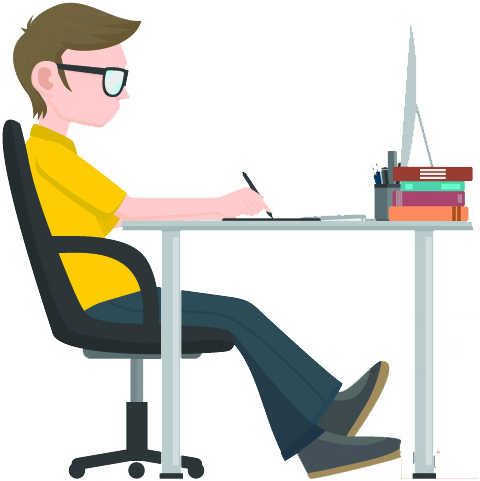 Based on practice, a product’s final release does not mean that there won’t be any more costs to cover. Bugs detected during operation, a need to make some changes in the design or functionality, scaling… All these would require the experts’ help. If, during the initial stage of project creation, you chose the cheapest option and hired a freelance team, each member of which is located hundreds of kms from one another, be prepared to spend some additional money. Or, maybe you’ve decided to distribute the work among several small IT companies, entrusting one with backend and another with frontend. If at least one developer from such collaboration disappears from the radar with your concept description, you’ll have to redo the project which would, again, require a lot of money.

Planning to develop a mobile app, you’ll most probably want it to use some specific features of a mobile device, like the camera, GPS, contacts, etc. But, would involvement of such features be crucial for your solution? For instance, a fitness coach app would definitely work perfectly without access to GPS and accelerometer data. With a social media app, the position detectors wouldn’t be necessary at all (although Facebook and Vkontakte often use them). Want to reduce the cost of mobile development? Employ such features only where they’re needed.

Even if you don’t know anything when it comes to the technical side of software creation, don’t let the developers work on their own. Any well-structured IT company can offer the services of a person who can “translate” all the technical details into an understandable language. The more you communicate with such an employee, the better the end result would be. Try to constantly manage the workflow and eradicate the misunderstandings and obscurities in communication with the developers (because corrections and additions will require more money). 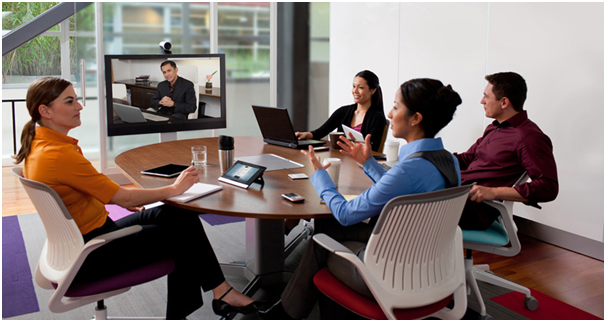 Read also: How to Find the Best App Developers for Your Project

Developing a new software product, you’ll definitely have to think over the design. Excessively specific requirements in this aspect would call for additional expenses; however, current web design tendencies demonstrate the utter preference of minimalism and simple shapes. That means that even the simplest design would most probably be a proper modern solution. So think twice. Perhaps you won’t need to spend money on a mega-popular design agency’s services.

Involvement of a highly qualified team of testers

Usually, every successful IT company has its own team of testers. This can make a client who’s confident in thinking that they’re about to get a ready-to-work, properly functioning product, miss some pieces that require additional testing (in the field). This can result in unexpected expenses caused by the need to eradicate the previously undetected errors and a more thorough adaptation of the existing functionality to the needs of the target audience. Let’s take a look at a particular case. Fixing a bug on the development stage takes, on average, 5-8 working hours. Doing the same after the app’s release can increase time (and financial) expenditures by up to 100 times. Don’t try to save money if your tester team prefers automated testing. Investing enough in this area will allow you to create a product that will be more appreciated by its users. 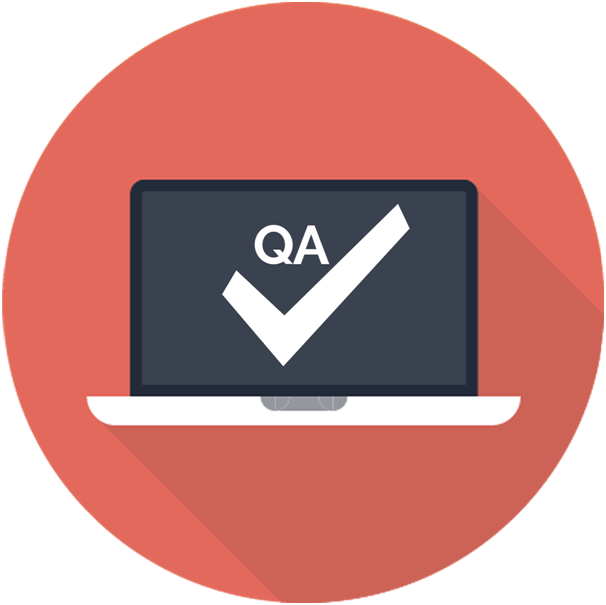 Beat your deadline with time to spare

There’s no need to make haste in the process of software creation. Developers constantly hurried by a client tend to make much more mistakes than those working at a normal speed. Any mistakes will surely delay deadlines and cause additional expenses. Try being patient for the best results.

Let’s sum all of this up. As we can clearly see, the proper approach to choosing a team, introducing tasks, and managing the workflow can significantly help reduce web development costs. Most of the ways to save money won’t affect the end solution’s quality much and, instead, will help “get it right” on the first try. 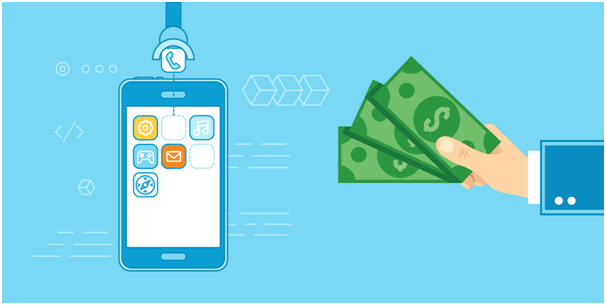 What can we say about choosing a developer team? There is nothing else in the world that can influence your solution’s pricing as much as outsourcing services. If you’re looking for the optimal price to quality ratio, your best bet would be to turn to an experienced IT company from Eastern Europe.

We can help you solve the problem of software development expenses

We’d like to offer our services in this regard. Our list of achievements includes plenty of projects that vary in scope. The quality of our work is inferior to none, including developers from the USA and Western Europe (who ask for much more money, to top it off). With access to a range of modern software products for remote communication, you’ll feel as though we are working in the same office, just down the hall. Most importantly, you will always be completely satisfied with the work we do, and how we do it.