How to Develop a Music Streaming Android App

Is there anyone on Earth who does not like listening to music? It’s likely that each of us probably has a couple of performers whose tracks we are ready to listen to on repeat. If you analyze this tendency from the point of view of the Android software developer, you can conclude that building a music streaming app is an incredibly promising area of activity that can bring great popularity and considerable profits.

Currently, the digital recording sales are on the rise. According to IFPI, in 2016 around 50% of all music sales were digital. Statista’s report states that the amount of online music paid subscriptions in the US grew by 50% in the last year - from 20 to 30 millions.

Mobile music applications can be attributed to five different types:

In this article, we will discuss the latter kind of applications, and find out how to make a music app for Android.

Read also: How to Develop a Video Streaming App

Before proceeding to describe the process of music app development, let us determine which attributes are characteristic for the same. 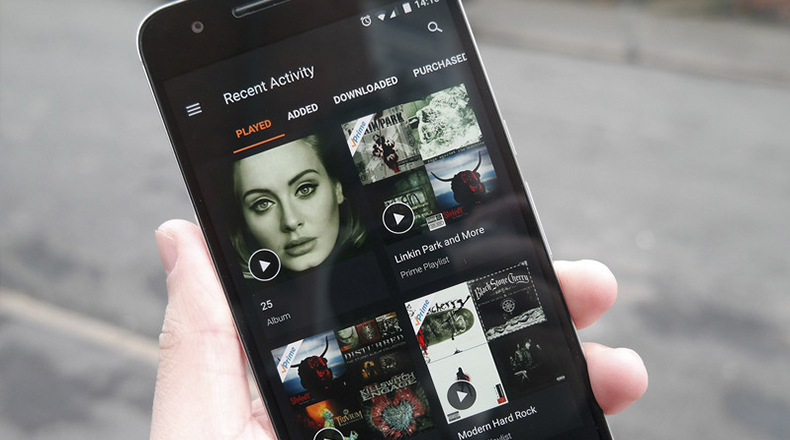 How to Create a Music App for Android in Four Steps

Above, we reviewed the main attributes of music streaming Android apps. Now, let us touch on the four points that every developer should keep in mind when making the decision to create a custom software solution.

When planning to develop a music streaming app, you will have to think over options for storing downloaded tunes. Most often, cloud storage or local caching on smartphones are used; however, you can employ a bit of a trick in your application by attaching user profiles to the corresponding pages in social networks, to benefit further from attached depositories.

2. Creating a Minimum Set of Features to Ensure Viability of the Product

Summarizing the above, we can argue that the mandatory attributes for music streaming apps are such features as user profile based registration, multi-criteria search, downloading and caching the media, offline playback, and social media sharing.

Legislative implications are a rather complicated issue. Note that the main advantage of streaming applications is the ability to listen to tracks favorited by other users free of charge, within the law, and online (to confirm the validity of your actions, contact SESAC if you are promoting your application in European countries and ASCAP or BMI in the US). Nevertheless, if you plan to implement the ability to download tracks, you will have to worry about legitimating the library within your application.

Of course, the ultimate goal of creating any application is to earn money. Therefore, an important part of its development will be the selection of monetization methods. Whatever you choose, do not be greedy. A paid application that additionally employs advertisements is a practice that discourages users. Even if your application is unique in functionality and has no rivals yet, the competition will, sooner or later, arise and even such a subtle difference as a lesser amount of ads can be reason enough for users to choose the alternative product over yours. 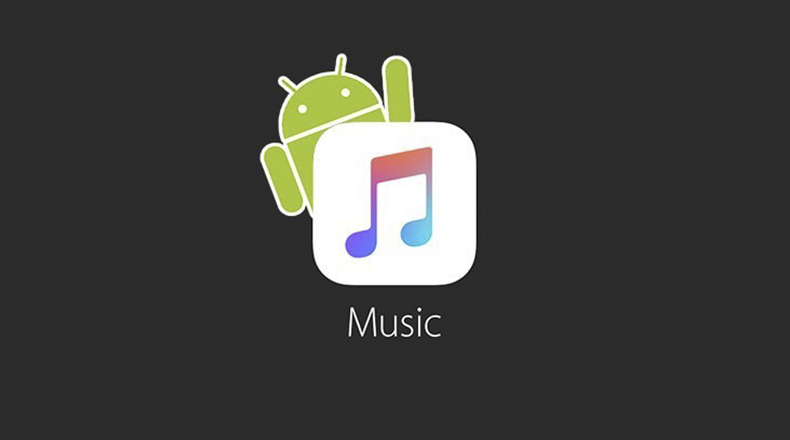 Let us look at the top five successful music streaming apps, created for iOS and Android platforms, and concepts of which may inspire you to create your unique mobile solution.

- Pandora. The mobile streaming application Pandora is a unique personalized experience and method for listening to online songs. The function of automatic musical collection generation based on individual user tastes allows users to listen to new music without searching for new tracks. That’s not it, though - Pandora offers more! You can also choose any genre or band that you like most and immediately receive a whole list of songs that might be of interest to you. In addition, by purchasing a Premium subscription, you have the ability to download tracks and remove annoying ads.

- Spotify. The stylishly designed Spotify mobile application provides access to your favorite music from anywhere in the world with access to the Internet. Users can choose to listen to arbitrary tracks and vice versa, and create their own playlists made up of their favorite artists. Thanks to its huge and completely free platform for listening to melodies, Spotify has received a lot of fans and gained active users around the world.

- IHeart Radio. IHeart Radio is a mobile application that provides free access to over 1,500 online radio stations, allowing fans of absolutely any musical genre to find whatever they like. This application is not just appealing to audiophiles; with news, talk shows, interviews - this list goes on and offers something to everyone listening to iHeart Radio.

- Sound Cloud. If you follow trends, including musical ones, Sound Cloud is exactly what you need. You can create your own playlists, inspired by both your tastes and song preferences of your friends or favorite musicians. Registration in Sound Cloud is extremely simple and can be done using Google or a Facebook account.

- Beats Music. Blocked from public access in 2014 by Apple, the Beats Music mobile application for iPhone allows users to listen to their favorite tracks both on and offline (if the user has downloaded them in advance). Beats Music was one of the fundamental software solutions that were first to employ the automatic generation of playlists based on user moods. 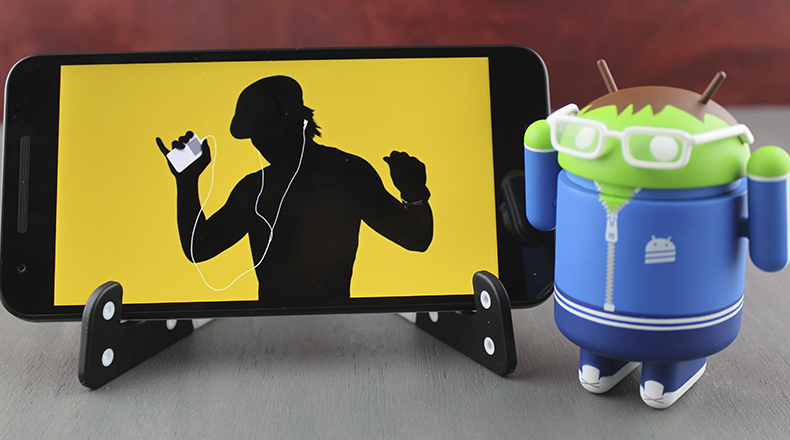 Now, let’s discuss the cost of music streaming app development. Regardless of the complexity, its development will include the following stages:

- Engineering stage. This stage includes everything that will help to build a clear vision of future software implementation (namely, the selection of suitable tools: framework, SDK, libraries, etc.). Typically, software engineering takes no less than 80 hours.

- Coding. Obviously, writing code is one of the most time-consuming steps in the creation of a music streaming app. As practice shows, even the most primitive application with a standard set of simple functions and trivial design will take at least 720 hours.

- Testing. Since your application is designed for mass use, you will have to spend a lot of time testing the finished product. Based on real feedback and user comments, you can later release a more advanced solution that is guaranteed to attract more new users, compared to previous versions. How much beta testing will cost depends directly on what price you offer potential testers for their services. Additionally, you can place the app into a special section of Google Play. Distinguished only for test application versions, this section will provide the team with the most detailed information about bugs found and requirements of real users.

- Maintenance. Supporting the lifecycle of a released music streaming application will require an average of 15 hours, per month. Moreover, you will have to pay regular and ongoing license fees to access the tracks.

Depending on the app complexity and taking into account hourly rates of developers from ex-USSR countries, the typical music streaming app development can cost anywhere between $24000 and $60000. 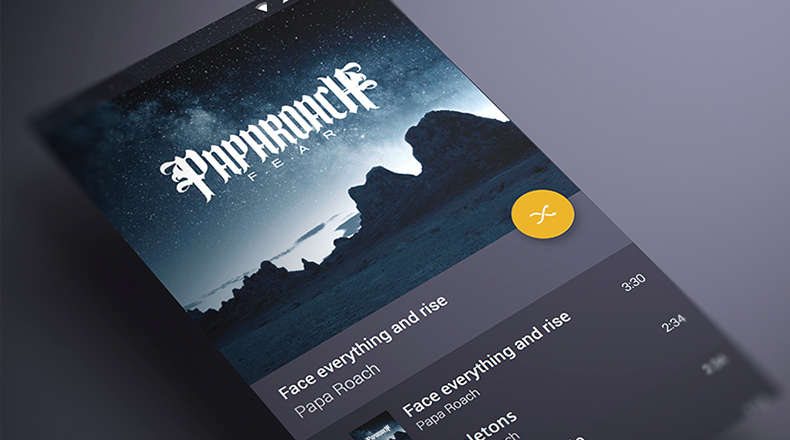 Looking for an IT company to help create music streaming apps for Android?

We are ready to offer our services! Applikey Solutions is a close-knit team of professionals who have been developing applications for mobile platforms for years. At the request of the customer, we are ready to introduce the latest technologies into a created software solution, regardless of the complexity. We are a leading expert music application development company in the Ukraine. If you are burning with the desire to implement your business ideas for a startup and want to get started as soon as possible, please contact us! Fill in our form and we will be in touch with you shortly to discuss your next project.