Even a large expensive camera does not guarantee high-quality images. Technique alone is not always enough. That is where editing apps come into slightly correct the photo, add some details, and give it a different character or style. Editing programs can solve various problems: “revive” black and white images, remove red-eye effect in photographs, retouch portrait photos, remove defects, and get rid of unnecessary objects in the picture. All of them offer special effects, tools for zooming, cropping, quickly changing brightness and contrast, hiding flaws, and just improving the photo. 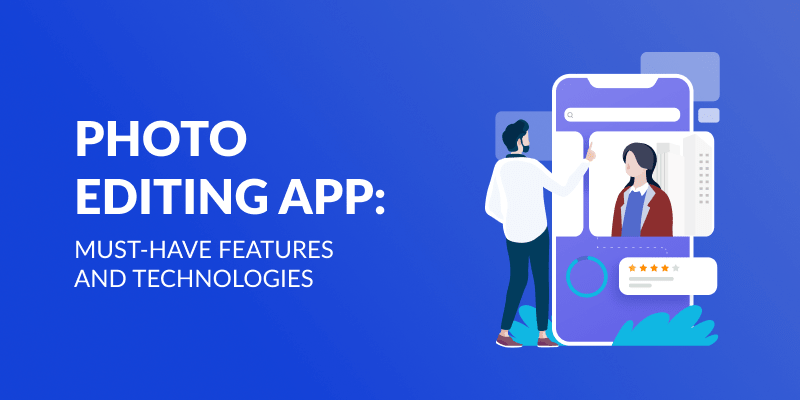 Things to Do Before Creating Your Photo Editing App

Come up with an idea

Working on an application begins with an idea. Do not despair if you find similar applications in the App Store. Take a look at your competitors and figure out what you can do to make your application better.

Market analysis forms an understanding of the future audience and helps to answer questions:

Before doing anything else, we recommend compiling an up-to-date list of competing applications. Carefully study user reviews, which will help to better understand the interests and preferences of the audience. It is important to identify the shortcomings of your competitors and eliminate them in your own application.

Before the development stage, decide how you are going to monetize. These are several basic ways to monetize applications:

The platform: Android or iOS?

Choosing the optimal platform for your audience, you should take into account the number of devices in the region (e.g. in Denmark 70% of smartphones work on iOS and in Kazakhstan 65% work on Android), the complexity of the development and even the affluence of the target audience.

Consider tools necessary in the application

This is the basic photo editing app functionality. But to make your app competitive in the market you have to offer something more than just basic features.

To create a photo app, you need to hire a development team. It’s quite a common practice to outsource projects to software development companies. The development cost depends on the number of development hours and hourly rate. Your development team has to include at least 1-2 Android developers, 1-2 iOS developers, backend developers, QA engineers, UI/UX designers. To minimize the expenses, you can consider building a cross-platform application using Xamarin, Flutter, or React Native technologies.

There are also a few factors that influence the price:

The most expensive application components

Such components require lots of hours of development and expenses. A large number of hours can be divided between developers.

The most expensive components:

If you need to develop an application for both iOS and Android, the presence of a second platform almost always doubles the price of development. For example, iOS applications must be compatible with the latest version of the iPhone and several of its popular predecessors, and Android applications must support at least three versions. Adaptation of the application for tablets can add up to 75% of the cost, and support for older versions of iOS and Android can increase development costs by one and a half times because they have performance limitations.

The complexity of the app

The more features your app has, the more it will cost. There are three groups of projects based on the number of hours:

The geographical position of developers

The average cost of the application highly depends on the region where the developer lives:

Today, every user of social networks, especially Instagram, is at least a little familiar with the editing process. Many people just slightly retouch their photos, while others change their images beyond recognition. That is why the demand for photo editing applications will remain and only grow, despite the competition. Such an application should have an individual feature and some interesting characteristics, which need to be thought out in advance. Your product must be of high quality in order to successfully compete with others in the market, so the best option would be to order the app development from specialists. Applikeysolutions will bring your idea to reality in a timely manner and help you create the best photo editing app.