How to Create an Emoji Keyboard App for iOS & Android

Messengers are the type of mobile applications that, without which, no modern day smartphone owner can imagine life without. If formal communication requires us to use words to express thoughts, the informal style of talking with friends and family is fundamentally different from the former, and implies much brighter emotional colors, in most cases.

So, how do you express your emotions in a text message? The answer is obvious: using smiles or, in other words, emojis or emoticons. As a rule, new applications with colorfully designed emoji are scattered around the world in a matter of days. In order for this success to apply to your custom smile keyboard app, you do not have to be famous - all you need to do is invent a set of unique and funny faces that are able to convey the emotions experienced by all of us as accurately as possible. In this article, we strive further and explore how to make an emoji app.

One cannot begin to imagine the popularity of emoticon applications! Though, after reading this article, you’ll have a better idea of the successes that lie within!

Do you remember the last time you can across a smiley message? You likely don’t have to dig back into your memory, as it probably happened within the last 24hr. According to independent research, more than two trillion messages, roughly, containing smileswere sent in 2016. Impressive numbers, aren’t they? As practice shows, the vast majority of mobile gadget users, who selected an instant messenger app, review the proposed emoji sets included by default (and decide whether to download based on it). Therefore, if the newly created messenger has a limited set of emoticons, its creators must be prepared to face the fact that the app won’t gain as much of an audience.

Flurry Analytics report states that in 2015 mobile app usage grew 58% overall, with a 344% growth in the usage of personalization apps - and this was greatly because of emoji apps, the firm said.

Emoji have reached the peak of popularity in 2017 thanks, in part, to the premiere of the animated film "Emoji Movie". Many children, to whom smartphones are as routine as game consoles to earlier generations, actively adopted the use of this functionality immediately after watching "Emoji Movie."

Well then, have we managed to convince you that creating your own emoji app is an incredibly promising way to get a passive income? Let’s keep going to uncover more benefits. 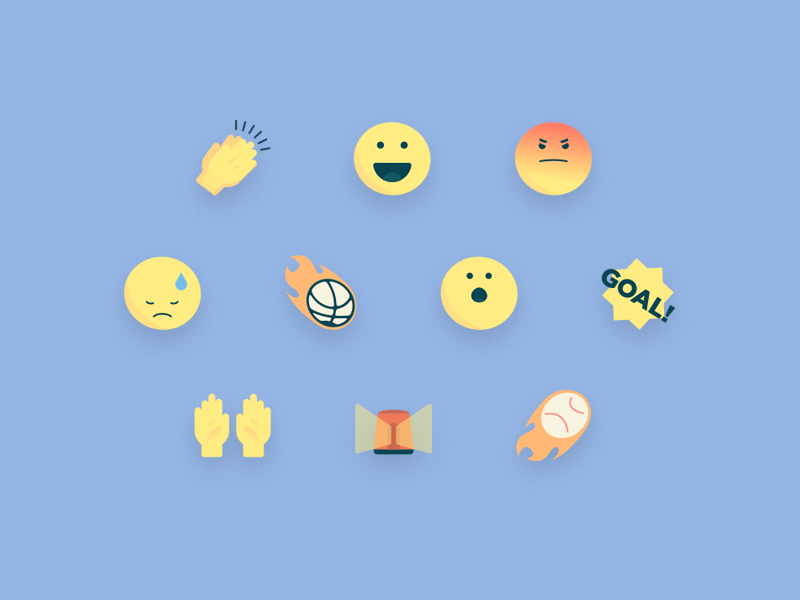 Even outside the US, it is likely very difficult to find a person who has never heard of the fast-food chain, Burger King. Recently, its owners presented a set of emotions to the public, based on one of the top menu dishes - Chicken Fries. An interesting idea to us, though many of our readers might already be wondering "Why should they invent new ways of self-promotion and make an emoji keyboard app?" We believe that such a move is a great way to keep up with the times. Regardless of current fashions, people always want to be attached to new advances in technology and digital gadgets, today. Think about it - where you are more likely to go buy your favorite burger? A nearby kiosk, where cooks use products of dubious quality and origin, or to a famous chain, where customers frequent across the world and even their branded emotions are actively downloaded to smartphones? You don’t want to play Russian roulette with your stomach, right? In this case, the answer will be predetermined, and you will choose the latter. Thus, while such branded keyboard apps spread from user to user almost at the speed of light, Burger King shareholders and other go-ahead business owners rub their hands in glee thanks to the influx of profits that befall them with new customers.

Another, no less successful, example is the advertising campaign for the Dove cosmetic brand. As you know, this brand actively promotes natural beauty. At one time, a newly emerged set of emoji with curly-haired girls almost instantly spread over smartphones of the fair sex, who all their lives tried to tame their curls unsuccessfully. This marketing trick was, once again, fully justified.

Thus, emoji keyboard apps can be an ideal advertising tool for suppliers of some products or services that do not require sizeable investments into the media. 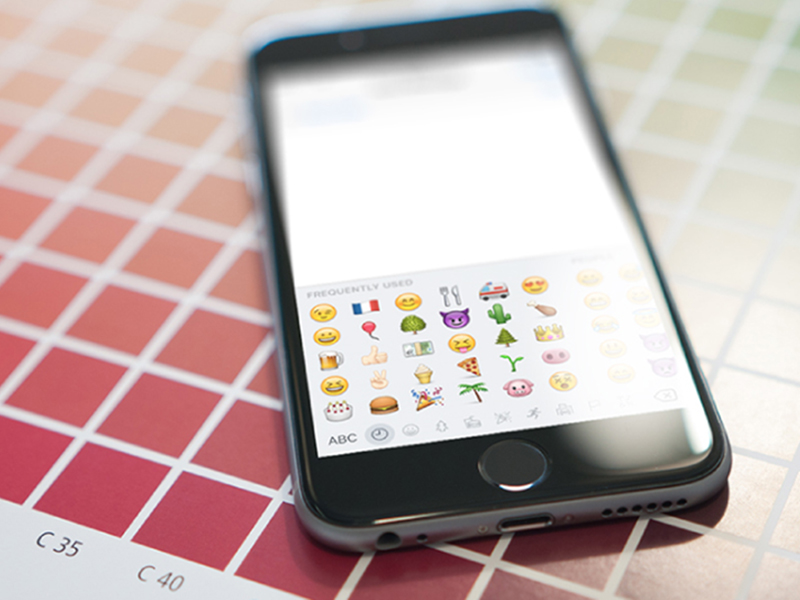 How to Make Your Own Emoji App: Several Principles that Every Developer Should Take Into Account

By now, you probably realize that the smile keyboard app can become a real holy grail for both developers and business owners who have no direct relationship to the IT sphere. Now, before embarking on the process of its creation, you need to take into account a number of tips that will lead to the 100% guaranteed success of your project.

A well-defined target audience is only the halfway point to success. As you may have noticed, the most popular emoji keyboard apps are dedicated to specific, well-defined target audiences. Take, for example, celebrities like Kim Kardashian, Huda Kattan, Donald Trump - all these media personalities have their own sets of emoticonsthat can be downloaded by their dedicated fans. To outline your category of users, you can simply tie your application to one of the known messaging platforms - be it Viber, Telegram, Wire, etc. You can also choose a group of people united by the same interests, preferences, or outlooks on life, and create an emoji keyboard specifically for them (for example, on the wave of success of all kinds of "kitten" Internet communities, memes, and stickers, it would be logical to try and create a separate smiles set). That’s not all. As an option, to win even more consumers in your audience, you may dedicate your set of smileys to any significant event - for example, Christmas, Thanksgiving, etc. 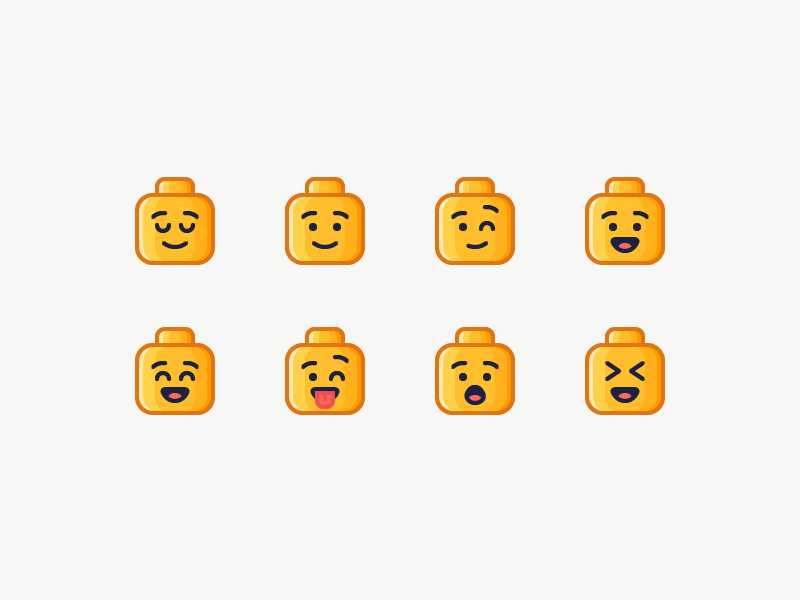 If you want more users, consider widening the selection of target platforms. The more owners of mobile gadgets your smile keyboard app can cover, the more real users you’ll get. We do not argue that creating an application for two platforms is almost twice the budget, rather than creating for one iOS operating system (or Android, only). To many, this fact serves as a source of confusion when deciding what option to take. Do you make your own emoji for Android or learn how to create emoji for iPhone? The answer is simple. If you plan to create something grandiose for no more grand profit, you still have to reconcile with the need to create native versions for (at least) these two platforms. Alternatively, you can turn to the services of an IT company that will build a cross-platform version of the app for emojis on iOS and Android so that the budget allocated to create an emoji keyboard app would not hit extremes.

Simple application = popular application. Of course, the main feature of applications of this kind are the smiles themselves; however, it is equally important to provide the program with the most convenient functionality so that users can seamlessly insert them into their messages (in a couple of clicks).

If you strive to receive as many positive reviews as possible, ensure users have their privacy. Security should, by no means, take a back seat, as it’s very important to customers. A set of emotions from the cosmetic brand Sephora received many negative reviews as, when launched, this application asked the owners of each iPhone for full access to keyboard settings. Do not repeat such mistakes and, if possible, provide a list of options that the user can select before commencing the immediate operation of your smile app.

Static emoji are good. Animated emoji are even better! But nothing can replace the most ordinary static smiles. Recently, they even entered the business correspondence world, and not necessarily in bad taste; however, if you want to give your users something more, this is the possibility to express their emotions in messages even more vividly, in addition to the basic set of animated emotions and/or gifs.

One more simple trick, and your application will distribute around the world as quickly as news about Trump's inauguration. In order for your application to gain as many users as possible, there is no need for expensive advertising. Make a small signature with a download link, which will pop up when the pointer hovers over the emoticon, and new users will start downloading your app and distributing it further and further.

Cost to Develop Emoji Keyboard Apps: How Many Man-hours Will Each Stage of Development Take?

In line with the question "how to develop an emoji app?" is the question of emoji keyboard app development cost. From the implementation point of view, this is a fairly simple application and all the team's efforts will be focused mainly on creating unique and relevant emoji. Its development will, in one way or another, involve the following stages:

Depending on the app complexity and taking into account hourly rates of developers from ex-USSR countries, the typical language learning app development can cost anywhere between $15000 and $30000. 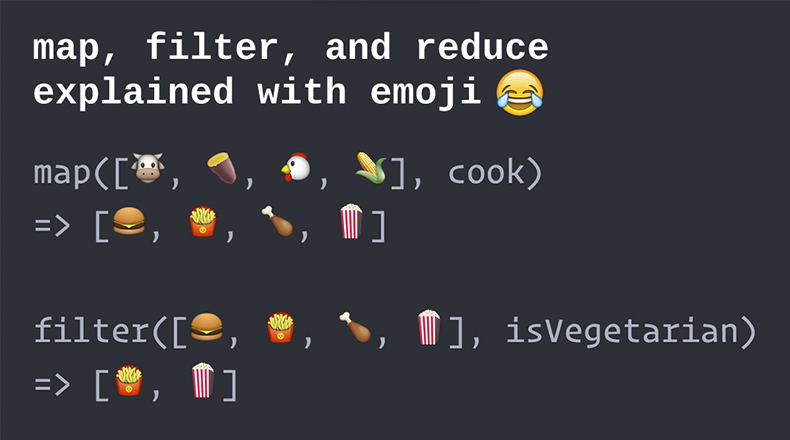 Want to build an emoji keyboard app, but have no dedicated development resources? Let us come to the rescue!

Applikey Solutions is a united team of professional programmers, designers, and testers who have been working on creating various applications for mobile platforms for years. Have you ever wanted to make a custom emoji app? If you do not know how to implement this idea for a startup, you will have to hire a development team. Why not try us? To get started, fill out this form and one of our specialists will contact you to go over the details of your specific project.