How to Choose the Right Mobile App Technology Stack: Your Ultimate Guide

So, you have a brilliant idea for a mobile app. Before you start looking for a development partner to execute this idea, you should pinpoint your requirements. One of such requirements is the technology stack – you need to determine beforehand what technologies developers have to be proficient in to start your search.

If you are not tech-savvy, this may seem to be a mission-impossible kind of task. We assure you – it’s not. All you need to do is read our guide to see whether you should opt for native, cross-platform or hybrid app development and what languages and frameworks you should choose from.

Native apps are developed specifically for the operating system of your choice. A native app is written from scratch using the OS-specific technology stack provided by the OS vendor. So, on the one hand, reusing or sharing code between the iOS and Android versions of the app is impossible. On the other hand, such apps have considerable pros:

As for the cons, there are two substantial ones:

Below you will find the key components of the technology stack for iOS development.

If you need an iOS app, the choice between Objective-C and Swift is the most important one. Objective-C was the original programming language used for iOS apps, but in 2014, Apple released Swift to address its main cons. Apps written in Objective-C include standard iOS apps, whereas Swift was used for development of such apps like Firefox, WordPress, Artsy, Flappy for iOS.

Let’s cut straight to the chase: Swift is the better alternative to Objective-C. While Objective-C does have some advantages (considering that it has existed for 30+ years, it is well-tested and doesn’t require you to migrate to a new version every several months), its disadvantages are too big to be overlooked. Luckily, Swift is designed to solve them:

The only potential Swift drawback is its evolution: the language changes a lot every several months, and it usually means you need to migrate your app to make it match with the new version of Swift. However, the introduced changes become less and less critical, so it is not likely to be a big issue.

In case you’re after an Android app, your main choice is going to be between these two programming languages. The situation here is like the one with Objective-C and Swift: Kotlin was designed to address the issues present in Java. Kotlin was used for developing Pinterest, Evernote, Coursera, Trello; among apps written in Java are WordPress, Telegram, 2048. 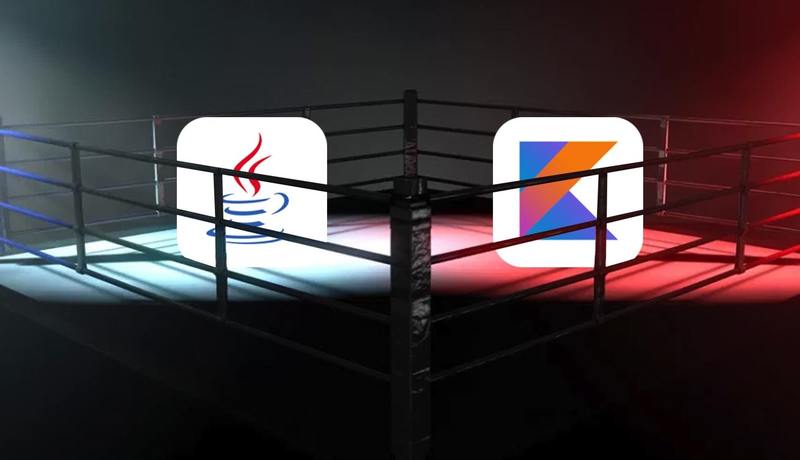 Kotlin’s advantages over Java include:

Java still has one perk compared to Kotlin: there are tons of Java libraries that can make development faster. The potential drawbacks of using Kotlin are kept to the minimum – sometimes, compilation takes longer compared to Java; a steeper learning curve and lack of developers can also be a minor obstacle. However, considering all the perks of Kotlin, we would suggest you use it for your native Android app.

A cross-platform app is created to run on multiple OSs. Developers create such an app by writing a single shared codebase that gets adapted to the OSs of your choice. Therefore, there are three key advantages of this approach:

However, if you want to take advantage of these perks, you’ll have to compromise on a number of things:

Cross-platform native apps can be developed using a variety of frameworks and languages. Let’s take a closer look at the most popular ones.

React Native is a framework created by Facebook itself to satisfy its needs in mobile app development. It is used in combination with JavaScript or TypeScript.

React Native is loved by developers for its high performance, dynamic reloading, and native UI elements. It was used to develop such apps as Facebook itself, Walmart, Instagram, and Wix.

When it comes to choosing between TypeScript and JavaScript, there is one key perk TypeScript has to offer – fast and simple error detection and bug fixing. However, JavaScript has a huge community (it is the most popular programming language), so finding a professional developer will be easier for you. Besides, your project written in TypeScript will be 22% bigger than if it is written using JavaScript, and re-compilation takes TypeScript-based projects more time, too. So, your app is likely to benefit from using JavaScript more than from TypeScript.

Xamarin is the main rival of React Native. This framework is based on C# and .NET and allows sharing up to 96% of the code while leaving the room for customizing the UI elements for each platform. 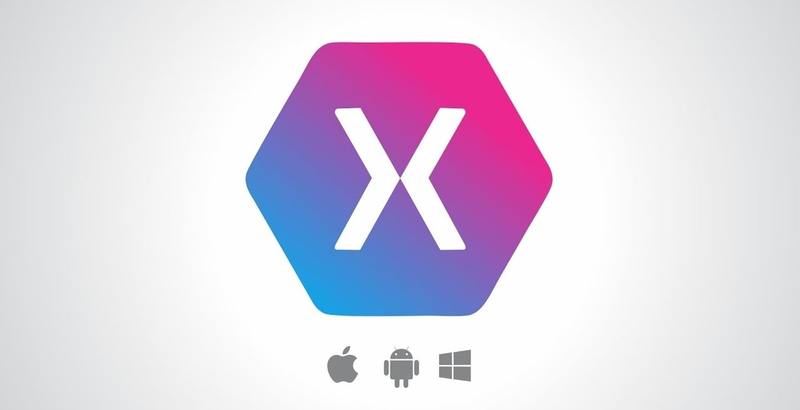 Among the apps made using Xamarin are Alaska Airlines, Olo, and The World Bank Survey App.

Hybrid apps are basically web apps wrapped in a native container. So, they usually require Internet access to function, and despite being rendered in Webview, they seem like native apps to the user, at least at first sight.

The advantages of hybrid app development are similar to cross-platform ones: faster development and reduced costs. Apart from that, the native container serves as an additional layer to give the app access to the device’s hardware and OS-specific features.

As for the cons, there are some considerable ones:

The web-based part of the app is developed using traditional technologies (such as HTML5, JavaScript, CSS), and the container requires using frameworks.

Let’s determine the key difference between these two. Cordova is an open-source framework, whereas PhoneGap is proprietary and is owned by Adobe.

Basically, this is where the main differences end – these two have a very similar API and functionality. (PhoneGap does have some features that Cordova doesn’t – they can be useful for some projects while being completely useless for a number of others.) This is why we are going to describe Cordova/PhoneGap pros and cons in the same section. Apps developed using PhoneGap include Untappd, Localeur, and TripCase.

Ionic is not a rival for Cordova/PhoneGap – they are often used together. Ionic is a framework that represents a full-fledged SDK for hybrid app development. It allows using Cordova plugins to gain access to the device’s hardware functionality (camera, GPS, etc.).

How to Choose the Right Technology Stack

The amount of information may be overwhelming, but fear not – we’ve prepared a list of four key factors you need to consider to make the right choice. 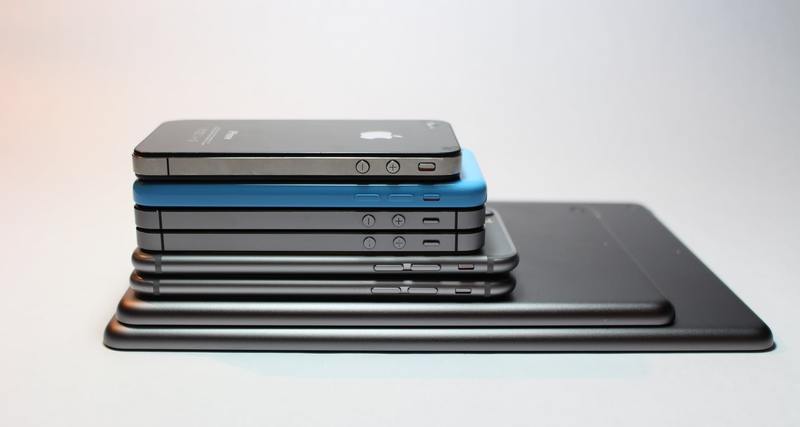 Obviously, money is the first among the decisive factors. If you can’t afford to spend a small fortune on a native app (or a couple of them for each OS), you should look in the direction of cross-platform or hybrid development.

However, it’s not that simple. You should consider whether you sacrifice too much in the technical aspects in exchange for a lower price tag. For instance, if you have a GPS-based app in mind, cross-platform or hybrid development mean sacrificing the performance and the user experience as a result.

Time constraints are crucial if you have a groundbreaking idea that your potential competitors are already working on or may start doing that soon. To rest on your laurels, you have to be the first one to launch the app so that it is unique and you don’t get tagged as a copycat.

Cross-platform native app development will be a good choice for you if you need to validate your idea: it is less time-consuming and more cost-efficient.

Compatibility with Other Technologies or APIs

When selecting the particular technologies for native/cross-platform/hybrid development, remember that they have to work well together. For instance, Ionic works well with Cordova and Xamarin – with C#. Besides, think about whether you need integration with cloud services or payment gateways, select the preferred vendors and see if their solutions can be integrated with your chosen tech stack.

Based on your app’s specific requirements, you will be able to see whether a cross-platform or hybrid app will be enough to satisfy them. The specifics for your consideration include: 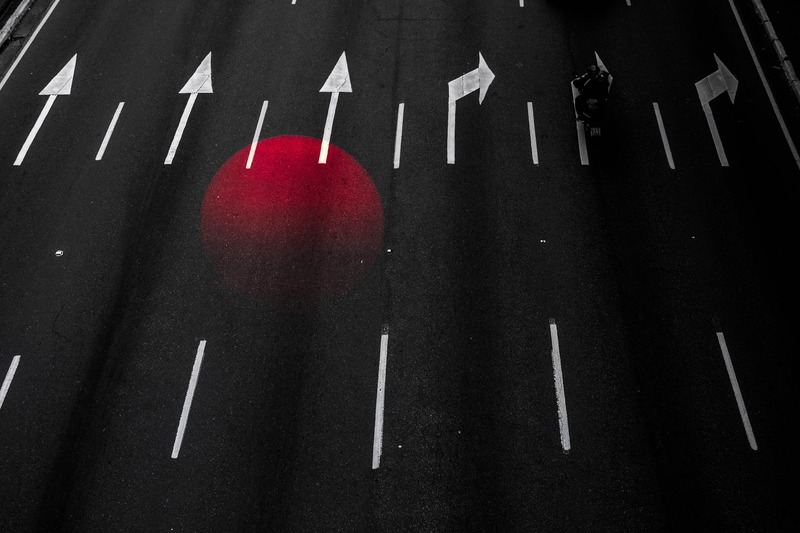 Choosing the technology stack is not a piece of cake. You need to consider a number of factors to make it right. What is important, what worked for one project is not guaranteed to work for yours. So, make sure you consult with tech experts before making the final decision.

If you are looking for such specialists, we’d be glad to help you out. Reach out to us today, and we’ll determine the optimal solution based on your app’s specifics and your demands.