How Much Does It Cost to Develop An Augmented Reality App? 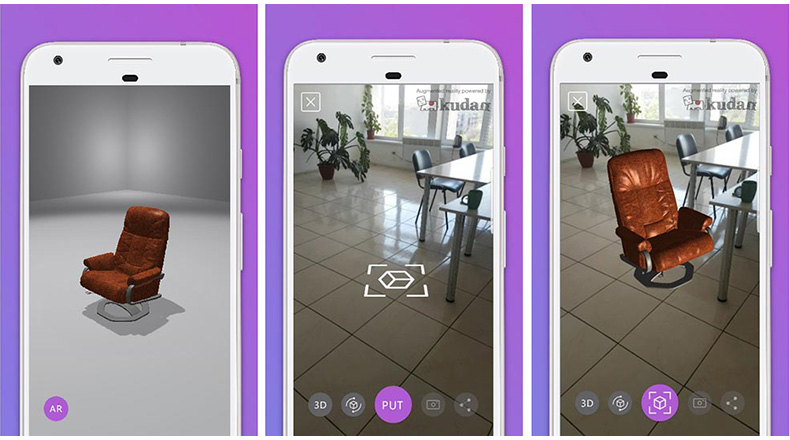 Augmented Reality App Development Cost: Evaluating Each of the Seven Main Stages of Creating Mobile Applications Based on AR

Let us take a quick look at the seven main stages that make up the development process in order to estimate the cost to develop an AR app.

Typically, SDKs for advanced solutions based on AR are paid. Therefore, the fees for their usage are included in the total price of the project. In fact, they simplify the process of writing code (which is very important when creating complex applications involving specific hardware capabilities of smartphones - cameras, gyroscopes, GPS sensors, accelerometers, etc.). Below we will consider the most popular among them.

- Metaio. The Metaio SDK is available in two versions - paid and free. As practice shows, tools of the free version in most cases are not enough to create advanced functionality, so developers still have to part with a certain amount of money. And, in fact, it is justified. For instance, the commercial Metaio version contains 512 built-in markers for recognizing both 2D- and 3D-objects (including with a help of LLA markers), and also allows superimposing created objects over the real environment (using OpenGL). All this helps to build an augmented reality for Android and iOS.

- Vuforia. Vuforia is the most popular SDK for the development of AR applications. It recognizes objects through built-in markers, allows overlaying 2D- and 3D-elements, has a built-in Smart Terrain function and also supports OpenGL. Companies developing augmented reality Android application (or iOS program), as a rule, use the paid version of Vuforia (there is also a free version, but it lacks most of the useful functions).

- Wikitude. Wikitude is a paid SDK that is created for the augmented reality development based on 2D- and 3D-models and is oriented at geolocation, first and foremost. In addition, with this toolkit, you can also make markup applications, for example, thanks to advanced built-in algorithms for processing objects captured by a camera of a custom iPhone or Android gadget.

- D'Fusion. D'Fusion is also provisioned in paid and free versions. It is characterized by extremely advanced functionality: using this SDK, developers can build applications that recognize motion and small details on objects (for example, facial traits). A distinctive feature of D'Fusion is also the simultaneous identification of several markers (in this SDK there are 500 preset ones).

- ARToolKit. ARToolKit is a fairly advanced set of tools for creating software based on AR, which, incidentally, is quite difficult for novice learners. It also is easily integrated with OpenGL, used to create both 2D- and 3D-models, and also supports the GLUT library.

- ARmedia. ARmedia SDK is distributed in paid and free versions. It provides developers with tools that can recognize objects in real-time, making it possible to create applications like Pokemon Go (this requires additional integration with Google SketchUp). ARmedia focuses on the creation of GPS-oriented software and commercial apps created with its help are truly impressive. 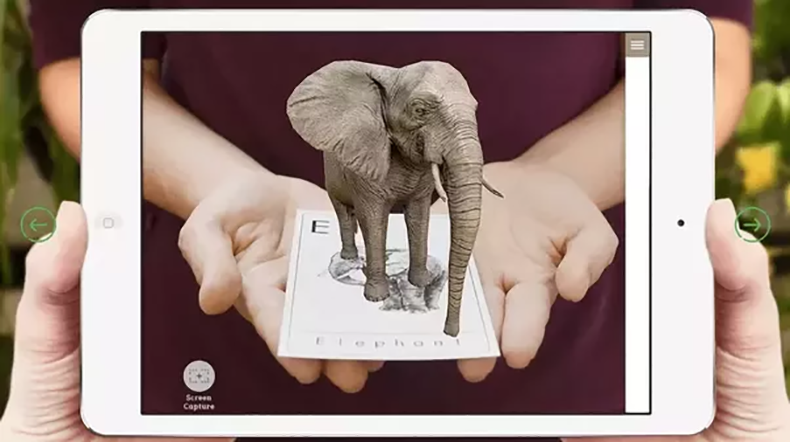 2. Engineering and Documenting the Future Project

The second step in creating an AR-based application is the engineering of the future app that is concluded by the compilation of project documentation - a detailed guide to the development team's work, as well as a clear division of responsibilities. This procedure typically takes from 80 to 150 hours.

3. Approving the Project Details with the Customer

At this stage, the company’s project manager interacts with the customer closely. They discuss all the details of the future project, even the most insignificant ones (based on the documentation already created), specify the terms of execution, and also agree on the final cost. The latter is directly influenced by factors such as the need to integrate third-party APIs, provision of the increased security, scalability, database binding, etc. It takes anywhere from 20 to 80 hours, typically.

The most difficult and time-consuming step in creating an AR-application is the process of writing code. Below we will consider several basic AR-based software features that differ in implementation methods and therefore have a different cost.

- Gyroscope data processing. The most trivial solution for creating AR-software is to use the data captured by the gyros inherent to a smartphone. The information obtained allows creating three-dimensional virtual objects and superimpose them on top of real environmental objects. In this case, developers do not need to purchase the licenses for the above-mentioned SDKs. As for the timeframe, creating the code that processes the gyro data will cost an average of 300 hours.

- GPS data processing. Such applications, as a rule, rely not only on the traditional GPS data but also so-called Assisted GPS (A-GPS) technology that increases the geolocation precision with a help of cellular and Wi-Fi connections, as well as the capabilities of the inbuilt compass. A special case of GPS-based apps is AR-browsers. Implementing such functional takes at least 600 hours.

- SLAM functional. Simultaneous Localization and Mapping (SLAM) applications can process data collected from several sensors in conjunction (GPS, gyroscope, accelerometer, etc.) and draw a 3D-model over the surrounding reality. In this case, the markers are redundant. Moreover, SLAM applications are the most accurate. To build such processing module, augmented reality app developers will require about 900-1200 hours.

- Markers. The second and the most frequently implemented AR software function are marker creation and processing routines. There are different types of markers starting with simple geometric shapes (QR codes, for instance) and ending with rather complex to distinguish objects - such as human faces and their individual features. The most time-consuming in this function is event processing. For each type of recognition, developers need to connect special tools from the SDK and describe a separate code module, which results in additional hours of development (400-500, on average). 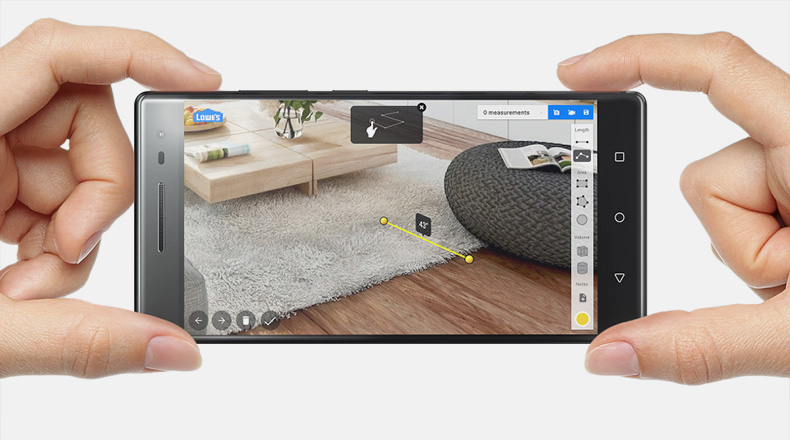 Of course, modern applications, in addition to basic capabilities, should have a number of additional features that would make it not only convenient and intuitive for users, but also competitive among similar solutions in the respective niche of the market. These include such functions as access to smartphone hardware resources (contacts, gallery, etc.), logging into the system via the well-known social network APIs, push notifications exchange, switching locales, connecting e-commerce tools, etc. Adding such features will require 15 to 60 hours per each. But that's not all. If you are developing a game application based on AR, this can entail a number of additional costs. For example, in order to improve the user experience within your gaming application, you will probably need to add features such as audio effects (about 80 hours), ratings and achievements (60 hours), video player (at least 300 hours), etc. Moreover, the customer may have special wishes for the design of the application, which are not possible to implement with a standard set of software tools. For instance, if you need to create an animation display engine (including 3D graphics), developers will need about 400 additional hours.

Of course, no product should be released before it is fully tested - both by the in-house quality assurance team (alpha testing) and by volunteers (beta testing). This process can take several months, since, in the case of serious bugs, the application will have to be returned to developers for revision, and then be tested again. On average, testing takes around 80 hours.

This is the final stage of working on the project. It includes uploading the application to the digital marketplace (Google Play or the App Store), promoting it in the search engines (for example, by placing advertisements on Internet sites), providing the user support and regular updates of the released application. On average, such operations take about 40 hours monthly.

Depending on the complexity of the developed software and taking into account the hourly rates of offshore outsource development providers from Eastern Europe ($20-60), which are considered a golden medium in expertise and prices (Applikey, for instance), the creation of AR software may range between $30,000 and $150,000. 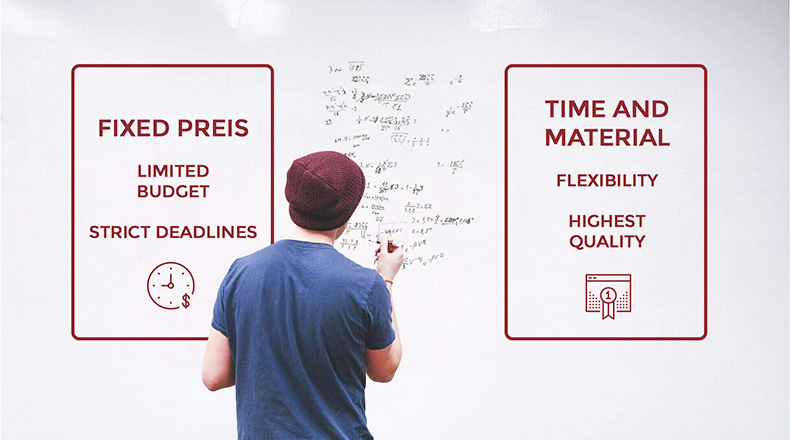 Let us sum up. As you can see, the process of creating an application based on the AR concept includes many stages, each of which is rather complicated in the implementation for a mere mortal who wants to start their own business in the IT industry. That is why, if you have a great idea for a startup, we recommend that you turn to professional AR development company so that the result met your highest expectations and was interesting for potential investors.