How to Build an Augmented Reality App with React Native

Augmented reality is a term that describes the operating principle of applications which capture sensory data and add certain functional information to it. The data is fixated via a mobile device’s built-in sensors such as the camera, GPS indicators, accelerometer, etc. Nowadays, such applications are actively utilized in education and science sectors, as well as by various professional establishments.

What is the difference between augmented reality and a virtual one? Virtual reality is more complex in its operating mechanisms. It completely replaces elements visually perceptible by users with an alternative one, predetermined by the application’s script. This process usually requires additional devices that would provide a sense of immersion (e.g. a virtual reality headset). Applications based on the augmented reality concept, in turn, can simply use a mobile gadget’s screen to provide the user with a proper experience.

How do augmented reality applications work?

There are two essential operating principles of augmented reality applications that are based on markers’ recognition and the transformation of data received through GPS and other built-in sensors. A detailed analysis of these two AR applications’ operating mechanisms is presented below. 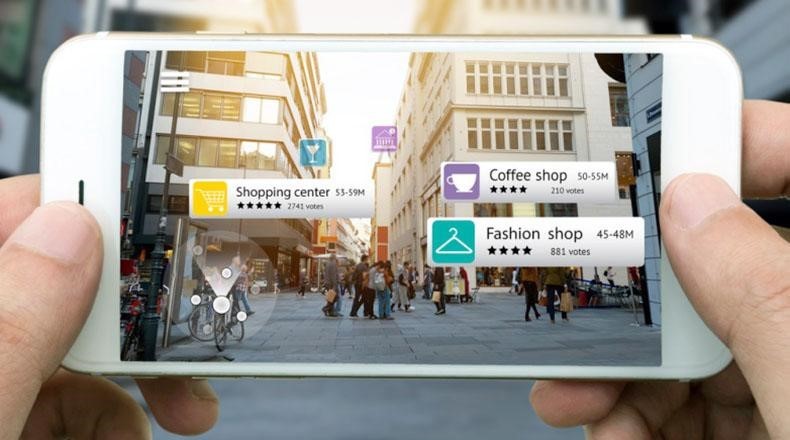 We figured out a bit about the data recognition mechanisms in AR applications; now, let us get to choosing the toolset that is especially dedicated to their creation. We presented a list of popular frameworks, below, which are most commonly used during the augmented reality development.

4 important stages in the development of augmented reality applications

Choosing the framework. Before you choose the best framework for the development of an application based on the augmented reality conception, you must decide if it is going to be native (i.e. dedicated to a single platform) or cross-platform. As practice shows, the latter option has been in demand among clients for the past few years due, to its moderate financial and time requirements.

There are a number of popular cross-platform frameworks. Among them are React Native (which works with JavaScript), Iconic Framework (which enables bridging via PhoneGap or Apache Cordova) and Appcelerator Titanium (also works with JavaScript). These options are most commonly used by developers to build an augmented reality for Android and iOS platforms. So, which one should you choose?

Native rendering is common if you are working on an augmented reality app using React Native. The experience of most developers indicates that it is one of the most valuable characteristics provided by the cross-platform development environment. The feature speeds up an application’s responsiveness, which can be an issue when working with Iconic, for example. What can we say about Appcelerator Titanium? The framework features special requirements for installed libraries which, in certain ways, limit augmented reality app developers. Another component of Appcelerator Titanium’s peculiarity is the high price of its license – $39-$249 per workplace. 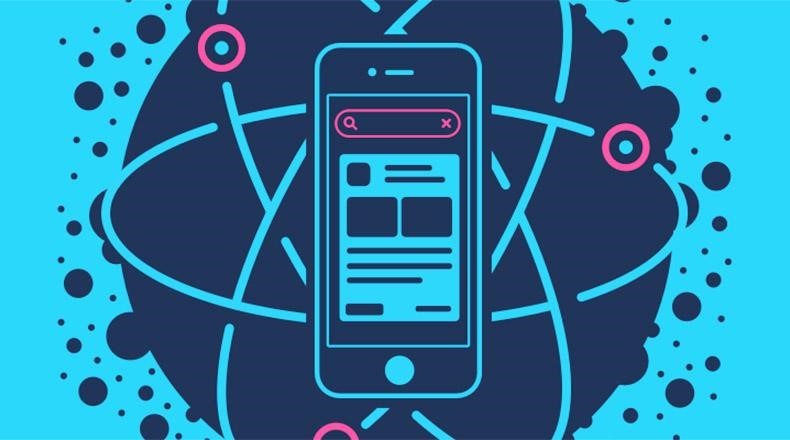 Let us summarize. Considering a number of extra advantages (user-friendliness, extensive technical support, API wrapper independence, adaptation to creation of complex scripts, and a special set of tools like react native, motion manager, react native camera, react native animatable, etc.) it is safe to say that React Native is the perfect choice if you want to build AR-based applications.

Connecting required libraries. Suppose we decide to go towards a development environment. Though each of the abovementioned frameworks is quite suitable for AR application development, the cross-platform React Native achieved the the highest standing in our challenge. As for additional tools that provide AR application operation, there are special libraries that work by the marker recognition principle - JavaScript has a few of them, for example. Despite the fact that some programmers personally develop libraries for AR turnkey applications, the rest tend to use two time-tested libraries: JSAruco, based on OpenCV and JSARToolkit, which is essentially an ARToolkit port that uses NyARToolkit and FLARToolkit intermediate ports for Java and Actionscript, respectively.

The operating principle of the libraries consists of following processes. Continuous delivery of camera images is recorded in each frame. Then, received data is analyzed in respect to pre-installed markers. Based on that analysis, the application gets data on the position of each marker in a frame (particularly, its turn and location). What happens to that data? It is utilized by the application for the rendering of 3D models over the real image captured by the user device’s camera.

Regarding differences between the libraries, there are a few. Users can personally define the dimensions of uploaded images in JSARToolKit. The smallest of them are processed very rapidly; however, due to their miniature size, the recognition process can be insufficiently detailed. In addition, in JSARToolKit you can customize gradation threshold requirements, which automatically define which color a certain pixel belongs to. JSAruco is not so flexible in use - this library requires the size of an image to be comparable to the size of a 3D rendering canvas. Furthermore, problems can appear in JSAruco when the canvas is very wide (over 700 pixels). In such cases, detection of markers by your application can become quite a complex process.

Quite recently, JavaScript presented a web-based open-sourced AR.js repository. It provides animation with 60FPS frame rate and is able to recognize several markers simultaneously. Initially, it was very useful if you were developing augmented reality android applications. Currently, AR.js is supported by all platforms. A set of innovations inherent to AR.js, unavailable in the previous two libraries, must be considered. This includes a more “lively” display of shades, and the ability to create transparent (glassy surface effect) 3D objects as well as apertures in walls and portals to other dimensions. 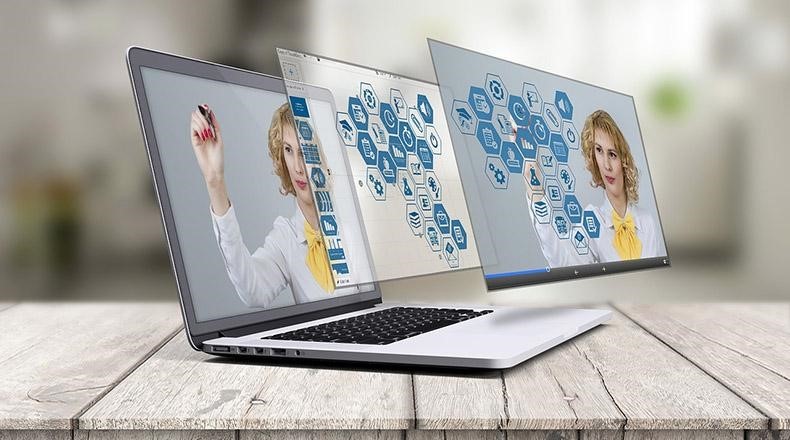 Arranging the AR application’s basic functionality. To create an application based on augmented reality technology and ensure it lives up to the anticipated requirements, you will have to work through a set of essentially important elements: 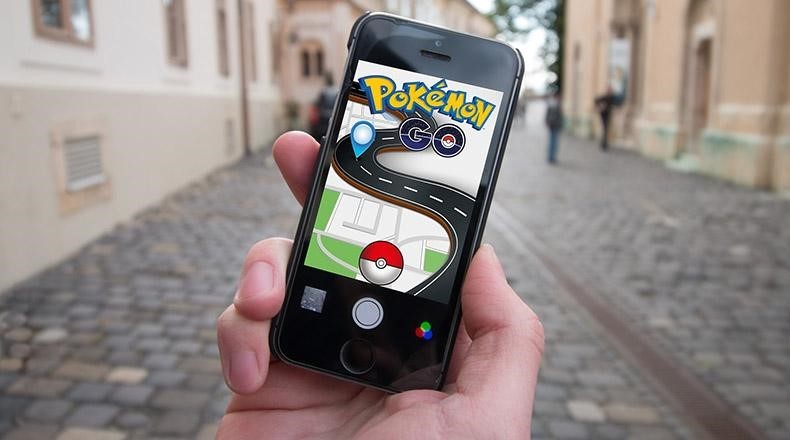 Obviously, exact numbers of financial expenses required for the development of AR applications based on the React Native framework cannot be identified at once. Depending on the complexity of the functionality, the project’s timeline can vary dramatically, directly affecting the cost to develop an AR app.

“How do I calculate the cost, then?” We would like to try to help our clients estimate the expenses dedicated to the development of new AR-based software. We have made an approximate calculation of man hours required for the creation of its essential components:

Apple developers have presented a new software utilities package for creation of augmented reality applications on WWDC 2017. The package is called ARKit, and it works with iOS 11 and is fully optimized for work with both the iPhone and iPad. Let us figure out its main features, below. 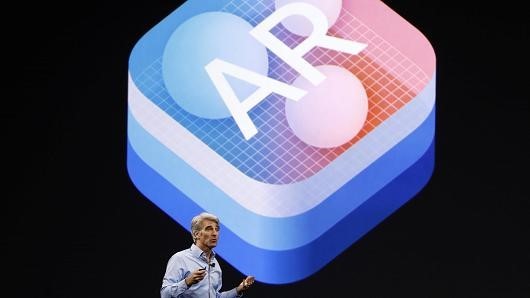 As we can see, the list of ARKit’s general features is quite impressive, and can be topped up with its ability for integration with third-party platforms – Unity and Unreal Engine (a huge number of web-designers work with them). Considering that, it is safe to say that ARKit is, indeed, a multipurpose tool for the development of AR applications at an essentially new level.

ApplikeySolutions has a huge team of developers that create applications focused on augmented reality conceptions, and based on React Native. We are currently the leading AR development company which promotes its own applications in the field of mobile development in Ukraine. We have quite an extensive list of achievements - among them are over 200 successfully finished projects and over 60 international clients from across the world. In addition, our four years of experience with active business functions in the domestic market defines ApplikeySoultions’ team of highly qualified professionals who are able to provide high levels of service in the confines of fierce competition. In particular, we implement a number of projects based on AR concepts.

We use the React Native framework during the development of AR applications, which allows us to create affordable software adapted for all known mobile platforms. This way, you do not have to apply extra financial and time resources for the large launch of a startup.

Already have some ideas for AR-based applications? Contact us today and we will gladly work with you on the most beneficial terms and in the most timely manner.