Google I/O 2017: The Most Important Announcements

Google I/O is an annual conference for developers. "I/O" is input/output, with the conference slogan: "Innovation in the Open." Traditionally, since 2008, the conference has been held in San Francisco, CA - making 2017 the 11th conference. This is a series of technical showcases, dedicated to Android, App Engine, and others. We are happy to briefly highlight the keynotes of Google I/O 2017 here.

Android development and a variety of new features have been given a significant amount of attention this year. There were two new OS presentations — Android O and Android Go, the new version of Android Wear, and more. We highlighted the most important announcements from Google I/O 2017 below. 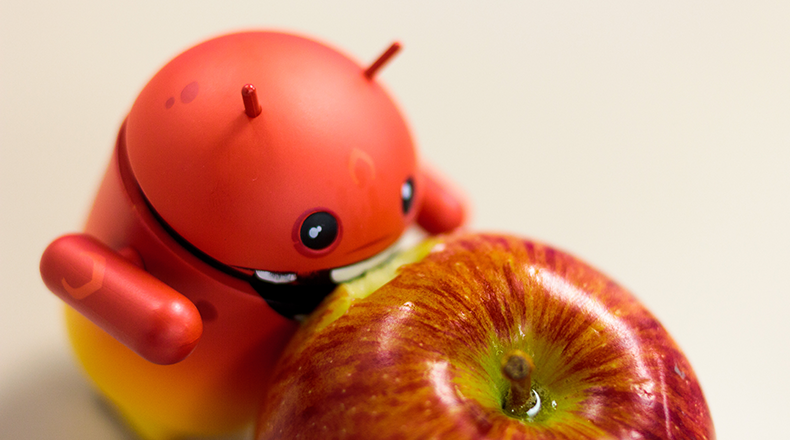 Dave Burke, Android engineering lead, reveals that Android Wear 2.0 is launching on watches, and will be provided by 24 of the world's top watch manufacturers including Casio, Hugo Boss, Emporio Armani, and others.

There will be more functions outside of the phone platform, compatibility with Apple’s devices, and better security measures. In addition, Android Wear 2.0 now includes a standalone Play Store. 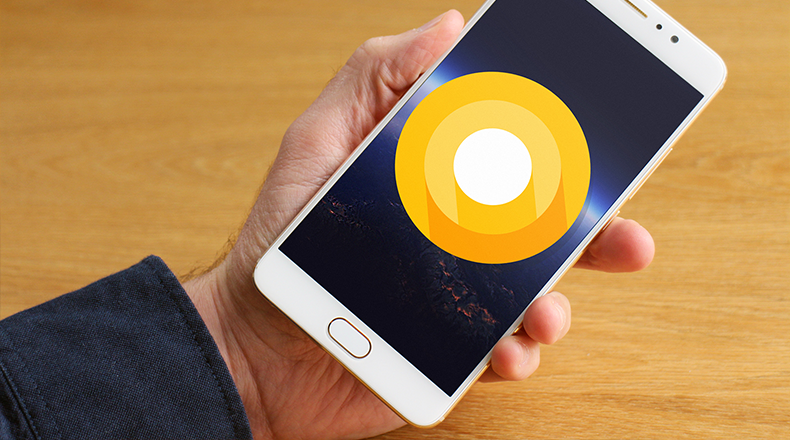 Among the most important Google I/O announcements was one connected with Android O. Android O is the codename of an upcoming Android OS. The conference featured the second developer preview and the third developer preview was conducted on June 8 with finalized API. A few demos, called Fluid Experiences, and Vitals with Play Console Dashboards were shown during the conference and promoted the Picture-in-Picture feature for multitasking, Notification Dots via long-touch on the app icon, and Auto-Fill and Smart Text Selections for phone numbers, addresses, and business names.

Android Go was one of the key announcements during this year’s Google I/O presentation. First focusing on the optimization of the latest Android releases for low-end phones. In fact, there is a lightweight version of the upcoming Android O designed to run on 512 MB and 1 GB RAM smartphones. It also includes a scaled-back version of applications for less resource use, and Google Play will be able to show optimizations for Android Go apps separately. Another new feature is data management in the Quick Settings, and a separate mention is Building for Billions, a new feature for developers which allows for the creation of small apps (less than 10MB in size) that can be used offline and have built-in battery and resource optimization, especially for Android Go phones. This is expected in 2018.

Kotlin, a new statically-typed coding language, is now supported in Android Studio 3.0. It runs on the Java Virtual Machine and can also be compiled to JavaScript source code. JetBrains, the Kotlin creators, concluded an agreement with Google which suggests they will get involved even more with Android.

Google.ai is designed to combine Google's efforts in the field of computer learning and artificial intelligence. This project will not only engage in various studies but will also directly participate in various types of development — including for TensorFlow and Cloud Tensor Process Units (TPU). Cloud TPUs are second generation TPUs that can deliver up to 180 teraflops of floating point performance. Cloud TPUs’ hardware will be available via its Compute Engine for creating and running virtual machines on its infrastructure, and it will work with TensorFlow open-source software library.

Google.ai also includes AutoML initiatives which use neural nets to create other neural nets through a so-called reinforcement learning approach.

Daydream is a virtual reality platform for Daydream View headsets and Android Nougat. The Samsung Galaxy S8 and Galaxy S8 Plus, alongside LG's next flagship phone (V30, probably) will include Daydream support this summer.

Clay Bavor, head of VR/AR, also announced Daydream standalone VR headsets. These will be powered by Android and by the Snapdragon 835 VR platform. This device uses WorldSense and Tango-based positional tracking technologies, and there will be no need for access via PCs or smartphones to use it. Lenovo, HTC, and Qualcomm are named as partners to distribute this device.

The release of Visual Positioning Services was announced - as part of the development of the augmented reality direction, which will allow for navigation through stores in order to locate different things there. There is also an interaction with Google Lens, which you can read about below. It is also expected that all these functions will be available in a Google Expeditions update this year. 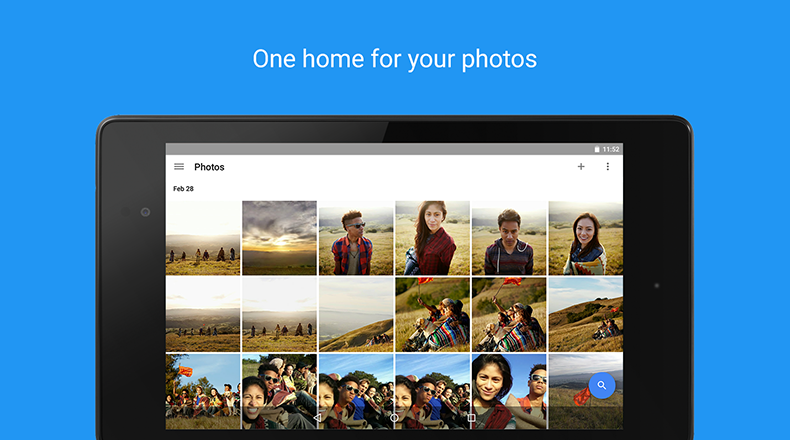 Google Photos — is one of the most constantly developing services for photo sharing and storage. Suggested Sharing was announced at the conference: the ability to identify the best photos using machine learning and then sharing them with other users. Another novelty is connected with this function: Shared Libraries that allow users to create and share images automatically. It can even choose photos that only contain specific elements! Photo Books is also featured: people will be able to order a printable hardcover album with images from Google Photos, formed almost automatically for $9.99 for a 7-inch book or $19.99 for a 9-inch book, twenty pages in length.

In addition, the function to remove obstructions was presented, in its early stages. The demonstration was impressive and, if the implementation meets expectations, such a function will be a real breakthrough.

Google Assistant is constantly evolving. It has become more available, more talkative, and more ready to help. Add type support, and now users can not only reach the Assistant by voice, but also through text capabilities. In addition, the support of several different users on the same device has improved. As part of the distribution of Assistant, it is now available for iOS, and Assistant may be built into different products such as speakers, toys, different smart machines like washers, and others using special Assistant SDK. Users can easily order food using Assistant (in supported restaurants) and pay for it using Android Pay. More languages were added: German, French, Portuguese, Japanese are already supported; Italian, Korean, and Spanish will be supported by the end of 2017.

Google Lens was announced by Sundar Pichai, himself and it will come to Photos and Assistant first. Key features include the recognition of things from reality or photos uploaded to photos — straight from the camera with automatic connection to routers. The final release date was not yet revealed.

Google Home helps its users to control their smart products, including timers and so on. This was previously only available in the USA but, not so long ago, Google Home was launched in Australia, Canada, Germany, France, and Japan, too. The main innovations are the ability to schedule voice appointments, time-sensitive notifications by Proactive Assistance, and Visual Responses. Hands-free and voice recognition will be available in the US in a few months — so far only for outgoing calls. The incoming call feature is not available due to security reasons, but will be added in the future. This will be free in the US and Canada and require no additional applications. As part of the development of entertainment, partnerships with Spotify, Deezer, SoundCloud, and a few video partners were established, and Bluetooth support was added.

The pace of YouTube development can not be underestimated. Every year YouTube watch-time grows by 90%, and the growth of live-streaming is up more than 400% in the last year. YouTube is starting to support the new popular 360-degree video format, too, which will work with any TV-connected YouTube application. The Super Chat API for live streamers was also announced, and will allow for easy comments and donations.. The triggering interactive actions feature will be available soon — in response to these paid comments.

Smart Reply is available now for Inbox for Gmail, Google Allo, so-called smart messaging apps, and apps for Android and iOS. This feature suggests quick replies based on the received email, and already drives 12% of replies. The technology is based on machine learning and, the more users use it, the better answers it offers.

Google Search is the foundation of Google, and is constantly refining, not left without attention. This year’s conference also did not ignore this issue: the job search function was highlighted. The new Search feature is called Google for Jobs and will let users check out new job postings based on various categories common to special job search portals — like time, job titles, and more. This feature can be expected in the US in the coming weeks, and more countries will receive this feature in the future.

Among other Google I/O 2017 session details there were a few numbers and interesting facts revealed:

This year's conference focused on a strong section dedicated to the Android development. The second developer previews of Android O, Android Go, and Kotlin language support were introduced. Also, among the Google I/O highlights were the numerous G services that will receive significant development support — from YouTube and Photos to Assistant and Home. Google pays a lot of attention to the mutual integration of its services, and the infrastructure it creates brings more and more convenience to its users.

The conference traditionally focused on such important issues as diabetes treatments, cancer detection, and more. Of course, there was a discussion about neural network usage at Google, too.