As usual, the Web Summit tech conference, which took place in Lisbon this year, presented new ideas and trends of the future world. This event can, rightfully, be considered the world's largest conference in the field of technology, with over 60,000 participants, together with 26 scenes where the largest innovators from all corners of the world continually discussed numerous topics, trying to figure it out what tomorrow will be like in the history of mankind. In this article, we will look at the main vectors defining the course of each presentation that was held at this summit, and the trends that everyone who had the honor of participating in this innovative, intellectual and united event experienced clearly. Sit back and let’s take a look at the evidence that the future is already here. 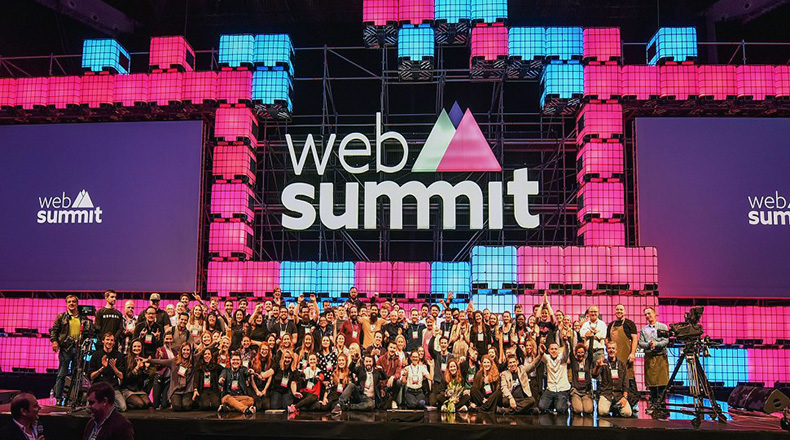 Blockchain as a stroma of a renewed financial system

Long gone are the days when people talked about the blockchain with caution. This technology, although across a variety of applications, lost popularity recently due to its close connection with the financial sector; however, now, no one is claiming that crypto-currencies are a financial pyramid or another kind of scam. It has become clear that the blockchain is the basis of the future monetary sphere, which will allow economic and other globalization processes to reach a qualitatively new level. There was also a lot of discussion on how to manage the opportunities that the blockchain opens. The theme of the initial offer of coins (ICO) as an instrument for attracting financing was also touched upon.

The new era of artificial intelligence

Another reality that has already come to life is robots. They are everywhere, and the very idea of creating a perfect AI has never seemed more achievable. The summit was opened by Stephen Hawking, who devoted his speech to artificial intelligence, in full. In addition to the joys of such rapid concept development, as well as curiosity, he urged us to all be cautious about trusting the world with the hands of robots. In his opinion, deep AI development cannot only facilitate our lives but also destroy them. It's time to think about how to prevent such a perspective.

At the same time, we were able to watch the performance of the robot, Sophia, on the Web Summit stage. Looking at her slightly strange smile and "memorized" answers to questions, it is difficult to imagine that this device is capable of harming humanity. Although, of course, her behavior causes mixed feelings and emotions. 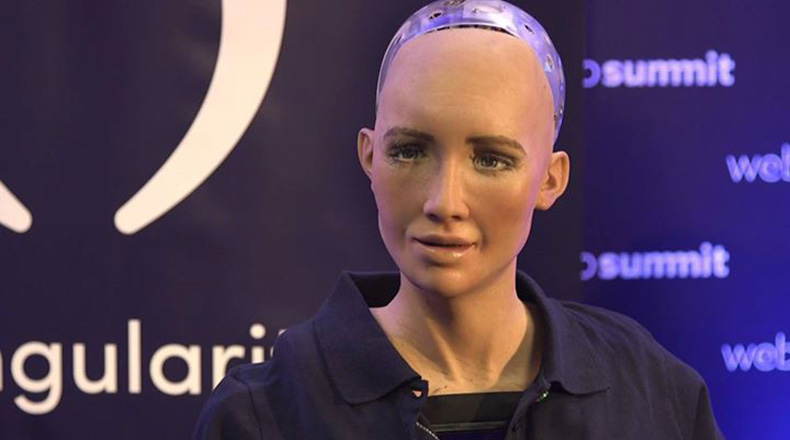 Despite this, AI managed to become almost the most discussed topic at the summit. Experts on business investing, including Jim Breyer who invested in Facebook, say that investing in the development of AI is now more important than ever.

Shared flying machines? Seems like a dream or a fantastic tale. But no, it's not far off! This unique idea came to the minds of Uber developers a long time ago. This year proved to be very fruitful in terms of the spread of new democratic transport modes. Perhaps this is why Uber delegated the man who is directly engaged in the development of the UberAir flying vehicles to order service to the summit. The uniqueness of the invention cannot be overestimated - its technical characteristics are impressive. Although these machines look similar to small helicopters, they are significantly different. But what impresses us most of all, is Jeff Holden's statement that the technology will work in two large metropolises - Dallas and Los Angeles - in 2020 (wow!). According to him, in the 2028 Olympics, the flying taxi will become a habitual transport. 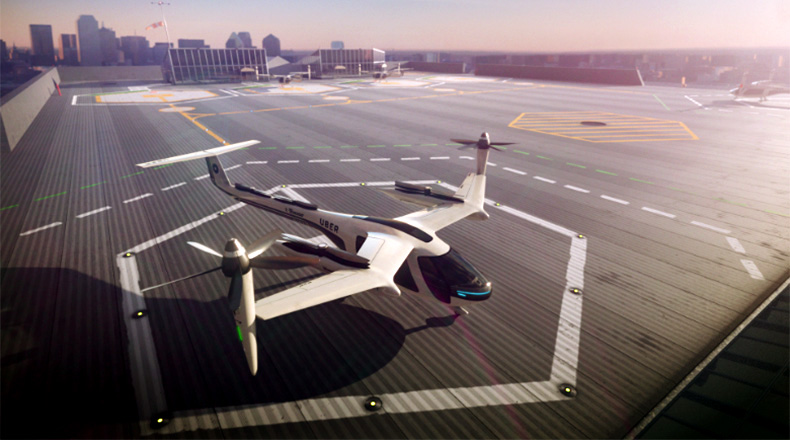 For those who do not want to wait that long, there is a more mundane trend - Chinese bike sharing. The experience of large cities has shown that the idea is quite viable, and now a lot of startups, like Ofo and Mobike, are advancing to the west. Are you ready to change from the subway to a bike, as your main method of transportation?

Technology will save the world!

If technology intends to rule the world, businesses should think about its preservation. Global problems are becoming louder, and it is time to deal with them. Moreover, technological progress has proven its applicability in the fight against pollution, the search for alternative energy sources, etc. Perhaps that's why two winners of the battle of startups this year were those who solve important problems for mankind. Lifeina, the winner of the battle, introduced a portable refrigerator for medicine, which you can take with you on hikes, work - just about anywhere. The startup idea is simple, yet it takes one more step towards eliminating the freedom limitations of people with disabilities. Watr, another startup included in the top three, allows you to determine the level of water pollution using only a small portable device and a smartphone.

A Little About the Social Changes Caused by Technology 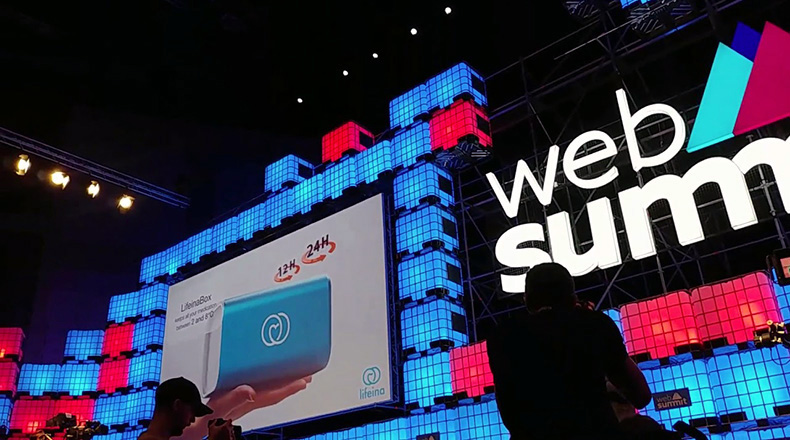 Branding in a brand-new world

Nowadays, you can rise above the information noise simply by creating a brand that people will trust. Although this idea of trust is not new, the summit discussions showed its unprecedented relevance. In particular, the brand building attracted the attention of the first people in search engine optimization. The thing is that there are so many competitors on the Internet that, in order to win the client, their attention needs to be attracted even before they turn to Google search. According to Rand Fishkin of Moz (a service that includes a number of web analytics tools), it is critical that people look for you, not for your services. Otherwise, you will lose.

Opinion leadership and guidance in the piles of content

If the number of content on the Internet does not decrease, which is unlikely, more and more services will be based on the principle of opinion leadership in the future. What does this mean? The amount of information that comes from different channels is huge, and it is very difficult for a normal user to understand what to pay attention to. Therefore, people are increasingly inclined to rely on the opinion of so-called opinion leaders - people whose preferences and thoughts about how to live in the world are actively broadcast and copied by others. The media is increasingly talking about this phenomenon, as well as the fact that it is now incredibly difficult to deal with fake news and deliberate manipulation of content; however, people always want to keep abreast of everything new and not lose any interesting info, and that forces them to look for "curators" or "guides" in the media world. In a large stream, people are inclined to choose exactly the information which confirms their own thoughts, which essentially distorts their picture of the world. Therefore, you need to be extremely careful, remembering what power such opinion leaders can receive.

As for technology, there are now specialized news channels, the materials for which are selected by experts and specialized teams. Now, people often listen to music, not from individual performers but, rather, they choose to enjoy selections created by recognized experts.

Anthropocentrism as a basis for successful management

Management occupies a special place in the development of those technological miracles that we have learned to consider at such events. Inconspicuously, it makes the significant contribution to the development of the world, but this time we had the opportunity to hear about how to manage the global technology company, firsthand.

Only the lazy did not talk about the importance of developing the company's brand, introducing corporate culture, communicating and sharing experiences within the company and with colleagues from other organizations. To this obvious list of items, one more important component is added - people. The culture of the company and the people who make up its "skeleton" are almost the determining factor in measuring the brand value. Brian Halligan of HubSpot described how rethinking the whole process of recruiting helped his business grow from a middle-of-the-road establishment to a global public company.

Equality in the tech world

The more variety there is, the more innovation we get. More and more, we see females working in the technology industry in different roles, including top positions. These women argue that they can also bring significant benefits to the industry, giving it a new vision for products and services. Equal rights as a new norm - this is the slogan born from the Web Summit. 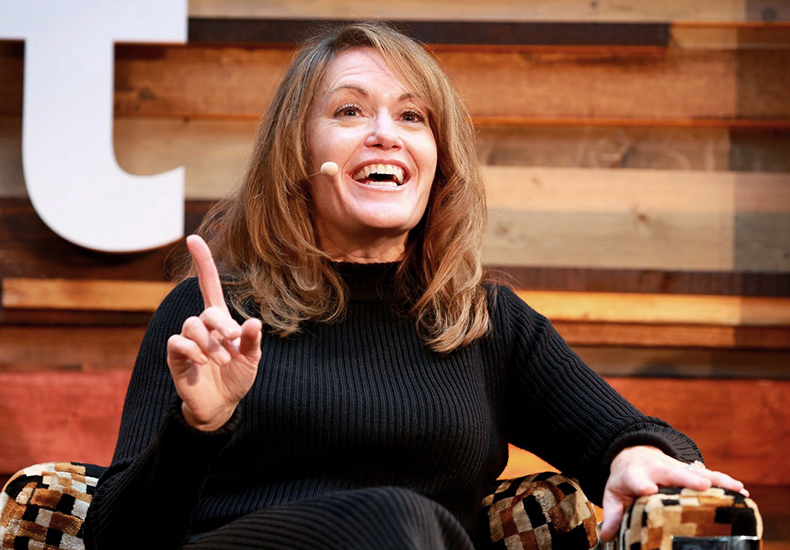 Europe is winning the right to supremacy

The labor market situation in the United States has been somewhat complicated in recent years. The intensification of business and other obstacles gave hope to other parts of the world to compete for primacy in the technological revolution. Now, the European Union is taking the first step. Margrethe Vestager, European Commissioner for Competition, visited the Web Summit to attract startups from around the world to make Europe their home. Vestager is known in the tech industry for fining Google $2.5 billion for violating antitrust laws, while many other companies, including Apple, have been fined several hundred million, too. Vestager fights for honest business and came to the summit to make it clear: Europe is open to startups, and will support all those who do not violate the rights of others. 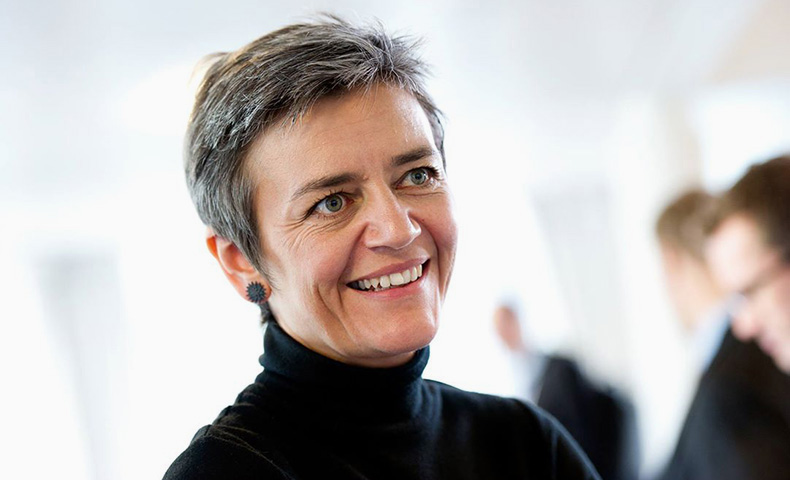 Trump is out of the tech world

It is obvious that Trump finally lost the war of the minds in the tech community. What does this mean? Huge financial resources and an audience of technology companies will be on the side of any of its opponents. In Lisbon, the US president was almost exclusively remembered in a negative light - it's hard to imagine that in three years he will be able to change the situation. It's sad, since no support and cooperation with technological startups is foreseen in the coming years.

Another tendency that can not be overlooked is the simplification or accessibility. People are actively looking for ways to simplify everything and get rid of excess to be faster and more productive. Even opening a business is now so much simpler and faster than it was ten years ago. According to Halligan, when he launched HubSpot, he had to invest $200,000. Now, it would cost him $1,000 to do the same. This trend is nothing but a rejoice, and for those who have not yet realized that democratization is working, we suggest they familiarize themselves with Jauntin - an ecosystem and an application into which you enter your data once, and then turn on or turn off your life insurance as simple as switching to silent mode on a smartphone. It's hard to believe, but even such a conservative and boring sphere as insurance could not fail to experience the influence of democratization. 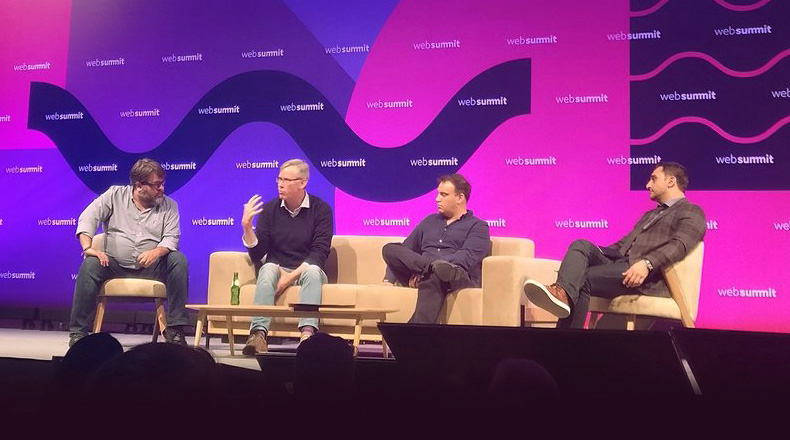 We can achieve more if we work together

Such diversity of countries, nationalities, and technological ideas represented suggests the idea: could we achieve all of this if we acted alone? Most likely, yes, but so much time would be missed! No one succeeds themselves, as there are always people who help to reach the end result. Looking at people from different parts of the world, inspired by ideas to make the world better by working together closely, we believe that, together, we will be able to achieve everything that we desire to.