Geo-fencing and Beacon Mobile Technology: How to Boost Marketing Efficiency

In recent years, marketers have been trying to find fundamentally new, non-standard approaches to attracting the target audience. No wonder that the most effective win-win solutions are based on the latest developments in the field of IT. In this article, we will discuss the two main IT trends for 2019 that will help you increase sales in your offline establishments: geo-fencing and Beacon technologies.

What is Geo-fencing Technology?

Geo-fencing is a technological concept that allows you to create zones on virtual maps and set their own triggers for each of them. Unlike beacons, which we will discuss below, it is not intended to denote point locations. Instead, the technology of geo-fencing allows you to cover all users of the application in a given radius.

It is noteworthy that the tracking zone can be of any shape and size: it only needs to be drawn in Google Maps. The created application will track the moments when users cross the boundaries of the zone, as well as record their presence within these boundaries. The main disadvantage of geo-fencing is the relative inaccuracy of positioning.

As for the technical implementation of geo-fencing projects, virtual barriers in them can be both active and passive. Active barriers require users to connect to GPS (Global Positioning System) or RFID (Radio Frequency IDentification), as well as directly launch the application itself (i.e., it must be enabled). In turn, passive barriers run in the background and only need a Wi-Fi connection.

What Is Beacon Technology?

Beacon is a short message transfer protocol with a unique identifier that uses Bluetooth Low Energy (Bluetooth Smart) technology. The Beacon operation scheme is based on the use of small low-power radio beacons, which periodically emit a 2.4 GHz radio signal with its own identification number. The main areas of application of this protocol are building context-aware mobile apps, indoor navigation, searching for personal belongings and sending out special offers.

This technology is characterized by minimal power consumption combined with saving the range of communication comparable to the capabilities of standard Bluetooth technology. Due to this, beacons can autonomously work up to several years. On the other hand, such advantages impose certain restrictions on the transmission speed and, in fact, the size of the transmitted data itself (it does not exceed 257 bytes, which is acceptable for sending identification numbers and information about the signal power required, for example, to calculate the proximity of an object to the user).

A special case of the implementation of this technology is the development of iBeacon by Apple, which includes not only software but also hardware. In fact, Apple is presenting this solution as “extending the standard capabilities of location services in iOS” and requires the project owners to use the company's proprietary equipment (as a rule, 9 out of 10 beacon based solutions are iBeacon solutions implemented using Apple devices).

Geo-fencing or Beаcon: Which One Is a Better Choice for a Location-Based Marketing Campaign?

The technologies reviewed in our article, as you may already know, find active use in the field of offline sales. In particular, they help to bring relevant news to a potential buyer (for example, news on ongoing promotions, discounts, updates, etc.) while they are in the area close to one of the outlets of a particular business owner. It is also noteworthy that this approach is extremely unobtrusive. First of all, the target is only those clients who are already interested, that is, those who themselves have installed the corresponding application on their smartphone. Besides, push notifications are considered one of the most loyal ways to motivate a potential client to make a purchase. And finally, by using these technologies in your marketing strategy, you increase the customer focus of your business: this is how users of your application can get personal discounts, join the loyalty program, and in general, feel that you care about them as much as possible.

So which technology should you choose: geo-fencing or Beacon? Or combine both of them? Obviously, your final decision should be based on the goals you want to achieve by implementing this or that technological solution. 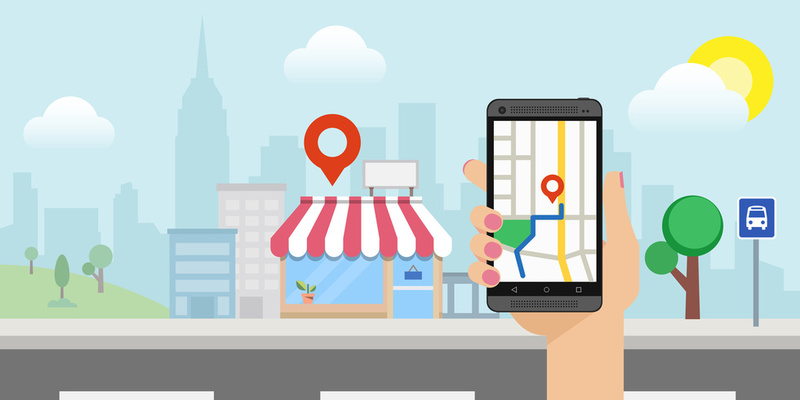 For example, geo-fencing is much less accurate, so it is not suitable for georeferencing. Moreover, it does not allow to track the exact time users entered the trigger zone, which means that messages will not reach them instantly. On the other hand, it is geo-fencing that shows its maximum effectiveness in conducting large-scale marketing campaigns for customers in shopping malls, since people tend to spend quite a bit of time in such places.

As for the beacons, they, as you have already understood, are distinguished by the ability to determine where the application user is at a particular moment as precisely as possible. This provides an excellent ground for marketing campaigns related to geo-positioning inside small rooms. In this way, you can use them to create route planner applications inside shopping centers.

Taking into account all the differences between these two technologies, we can arrive at the logical conclusion that the most effective marketing campaigns are developed using them in pairs, and not separately.

The main problem of those who decided to incorporate beacons into their software solution is the inability to force the user to turn on Bluetooth on their smartphone. And in this particular situation, geo-fencing comes to the rescue. So, as soon as your potential client crosses a predetermined geo-fence, they will automatically receive a notification with a suggestion to turn on Bluetooth (and all thanks to geo-fencing). With a properly composed CTA (Call to Action), such a notification would be most effective.

How to Use Geo-fencing and Beacons in Your Marketing Campaign

Now for the most interesting part of our article: how to use these technologies for the benefit of your business.

Let's start with the fact that you definitely have to develop your own mobile application. Often, well-known retailers integrate such applications with payment systems, thereby providing their customers with an extremely convenient and easy-to-use tool for paying for goods with a discount offered in the application. This is a difficult and expensive case of realization, which, however, will most likely appeal to the overwhelming majority of your clients. Now let's consider easier scenarios.

The simplest strategy to implement is when a user with a pre-installed application on a smartphone enters the mall or crosses the distribution area (if we are talking about point-of-sale outlets) and automatically receives a push notification. Usually, it is extremely short, so that the full text can be seen even with a locked screen. This is an extremely effective approach to attracting customers, since they will receive a message even if the application on the smartphone is not active at the moment, and the smartphone itself is in sleep mode. Using such geo-targeted push-notifications, you can inform customers about new collections or offer them personal discount coupons that can be activated directly at the checkout. As a rule, such notifications are received twice: at the entrance to the zone of the application and at the exit from it. 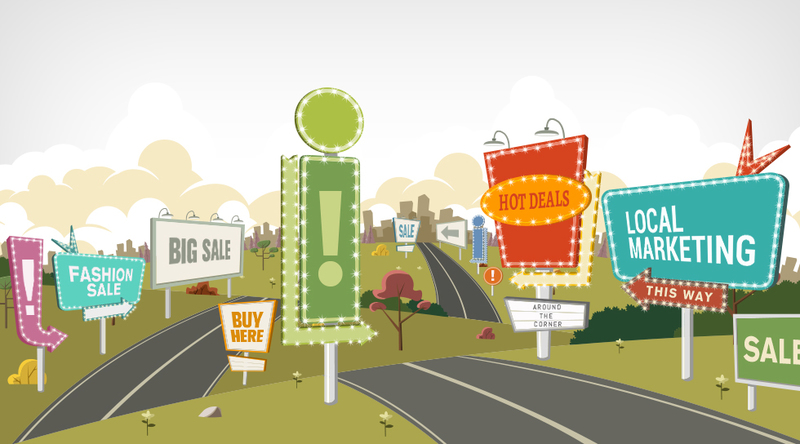 A somewhat more complicated scenario looks like this: the application, focusing on the pre-set triggers, sends a push message and starts collecting the data necessary for drawing up the most detailed portrait of the client. In particular, the application not only counts the number of users who viewed the message they received but also analyzes their further behavior: whether they visited the outlet after reading the message, how long they stayed there, whether a purchase was made, etc. To implement all this, in addition to geo-fencing you obviously need more beacons. Separately, we will note that it is advisable to install such beacons in all of your stores. This will help to make up the general picture of attendance and understand how well the location has been chosen for a particular establishment from your network.

And finally, the last and most difficult option for applying these technologies. It is about collecting all the data necessary for the compilation of a full-fledged heat map - a visual solution that allows you to determine the maximum and minimum concentrations of app users. In order to implement this plan, you need not one, but several beacons for each outlet, each of which is best installed near the shop windows (and not at the entrance to the room itself). This will increase the accuracy of the analytics.

Use Cases of Geo-fencing and Beacon technologies

Before we proceed to discuss the technical implementation of these technologies, let’s consider several real examples of their successful application in practice.

Let's sum up. Geo-fencing and Beacon technologies are opening more and more opportunities in the advertising and retail business every day. In fact, they have been a “step forward” to new sales and a new level of service for many offline sales companies.

This is done thanks to the extensive possibilities of collecting and applying data on the target audience, as well as maximum personalization of user experience. Would you like to deploy a solution like this? Contact us! We will realize your most daring ideas on attracting customers using software technologies and help your brand take a leading position among competitors.