Why You Need DevOps

DevOps (development + operations) is a fairly innovative methodology, the essence of which is to ensure the close interaction of all departments of IT company (the constant communication between developers, testers, designers, system administrators, marketers and others employees related to the project). The result is an increase in the frequency and stability of the release of software versions.

The methodology is put into practice with specific experts - DevOps engineers. Typically, to this position is assigned a person (or several people) whose professional skills include knowledge of coding, software administration, and creating automation of all stages of the software development lifecycle.

According to the last year's poll in the IT industry, only 6% of respondents have not employed DevOps to their business processes yet and do not plan to do this. Do you want to understand this methodology better? In this article, you will be able to determine whether DevOps would be helpful in your particular case. So, let us get started.

What are the Main Principles of DevOps?

Most of the DevOps activities happen at the stage of transferring the product from developers to the customer. What happens with each new release? The following actions are conducted:

At this phase, the work of DevOps engineers may seem no different to ordinary programmers. But this is not so. Developers, as a rule, are focused on creating a logically correct application with the functionality declared by the customer. It is hard for them to imagine the ways, in which the application will be exploited in real life. Furthermore, they usually do not understand how the created software can behave when it is launched together with other applications at the real device. The consequence of this is a huge number of bugs and corrections, discovered at the beta testing.

What about DevOps then? This is exactly the link between the team of developers, QA, and the technical support department, which is missing from the traditional development process. They are not narrow specialists but experts able to delve deeply into the essence of written code, offer ideas for its improvement (including security) and automate the testing processes if such need arises. 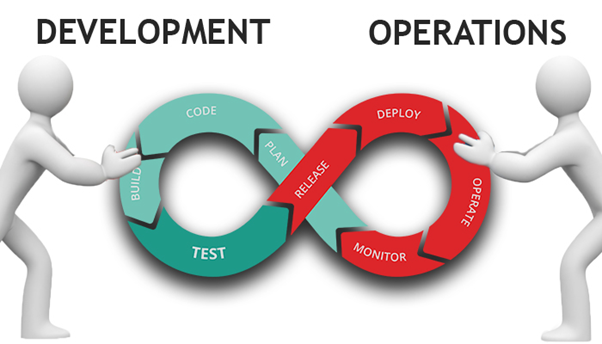 Let us summarize everything said earlier. The DevOps methodology (and, in particular, the creation of separate positions for DevOps engineers) allows solving the following tasks:

- adaptation of the software to various conditions of the deployment environment;

- creation of the best conditions for the adoption of changes;

Why We Need DevOps: the Prospects of this Methodology Implementation

Implementing DevOps, owners of the organization can kill several birds with one stone. Let us study in detail each of the advantages of this methodology.

The first and the least obvious benefit of this innovation is an increase in the motivation for each team member, caused by the expansion of the scope of company’s activities. Indeed, not every hired worker is ready to perform the same work year by year and, at the same time, avoid thinking about changing or expanding somehow the field of their competence. How can DevOps help here? It gives possibilities to try your employees in other fields of IT-sphere, allowing them to feel their importance and, in particular, to move from a rather abstract work with the code base to the very real operating conditions of the software. Conversely, those who currently occupy the posts of system administrators will be able to deepen their level of knowledge and receive a 100% workload. The result is obvious. They cease to feel "chained" by their current professions and receive additional motives to build a career within your organization.

The second undoubted advantage of DevOps is the automation of development processes. This makes it possible not to expand the staff and delegate the authority to solve the part of the tasks to computers. In addition, automation allows minimizing errors related to human factors. For example, a human tester may miss several important cases due to lack of sleep and in the case of automatic testing, this is impossible.

3. Improvement of the Interaction Quality between Different Departments of a Company

DevOps methodology implies a constant interaction between all departments of the company. Consequently, this contributes to friendlier relationships between employees, which will definitely have a positive impact on created products.

4. Accelerated Release of the Intermediate Versions of the Product

At first glance, it may seem that increasing the frequency of intermediate releases entails an increase in the number of bugs. After all, from a theoretical point of view, programmers are beginning to hurry to do everything in time for deadlines. But in practice, this is not so. The frequency of releases increases not due to increased workload but thanks to mass automation of work processes and continuous testing of software in conditions as close to real as possible. As a result, with each release, the software versions become more and more viable, thereby rapidly moving the team closer to the completion of the project.

The transition of many IT companies from a “Waterfall” development process to flexible methodologies such as Agile, unfortunately, cannot eliminate the problem of downtimes completely. In those cases, when the customer unexpectedly changes the requirements for the product or a critical bug was discovered, some departments would idle. DevOps reduces the number and duration of downtimes to a minimum. This is due to the fact that the development process in this case simultaneously uses all employees and each of them shares the common interest in the quality of the solution delivered to the customer. Thus, you will decrease the probability of cases when each department specializes only in its field of activity ("I do exactly what I am paid for"), not thinking about goals of the company as a whole.

How to Understand the Difference between DevOps and Agile?

One of the most common questions related to the “DevOps” term is how is it different to the Agile methodology. In fact, the former complements the latter. Below we will discuss the comparison of DevOps vs Agile in more detail. 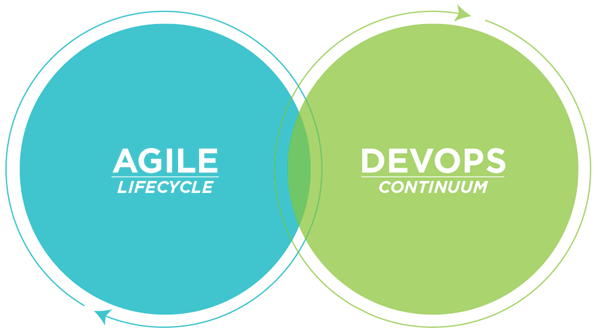 Acceleration of the Delivery of the Product to the Customer

Both Agile and DevOps are aimed at reducing the duration of the project phases. In the first case, this happens due to splitting the entire development process into small cyclically repeating sub-tasks ranked according to their priority. First, the frame of the application is built, and then the functionality is gradually expanded. Thus, even with the release of the first version, we already have a viable product that can be presented to the customer for possible corrections. Nevertheless, this puts quite a strain on the team members trying to meet deadlines, which entails a high probability of bugs due to the reduced focus. Yes, early testing allows eliminating the most obvious among them. However, as practice shows, this approach does not guarantee the full serviceability of the created version. In the case of DevOps, things are different. To ensure that the intensive development rate does not result in additional errors in the code, the team increases the number of test software versions being created and also strives to implement the customer requirements as soon as possible. Due to constant communication, employees of different departments help each other to find the least viable versions in a timely manner (thus, the number of tests is reduced) and, in addition, together constitute a general view of the future project in terms of its software implementation.

In some cases, after the beta test, the application is returned to programmers for the radical remaking. One of the reasons for this may be a user interface that is intuitive only for its creators. In turn, ordinary users can be confused by it. Not a single method of software development is insured against this. As for Agile, close interaction with the customer is used to minimize such risks. The emphasis is not on the compliance of the finished product with the requirements stated in the documentation but on constant communication with the customer representatives, who personally could monitor the progress of all development processes. In DevOps, this problem is solved somewhat differently. In particular, this methodology implies the search for complete mutual understanding between the departments of the company. Designers, programmers, testers, technical support and even accounting - all these teams regularly (and, importantly, comprehensively) discuss the current problems. As a consequence – there is a high degree of correspondence to what is actually expected. The released version of the product behaves as predictably as possible and with every new release requires fewer and fewer revisions.

The main task of any company manager is to organize the most productive work process with the minimum possible labor, time and financial resource consumption. In comparison with the Waterfall model, Agile made a significant breakthrough in reducing downtimes (previously each department worked in stages, all the others sat idle) but failed to completely eliminate this problem. That is, until the advent of DevOps. This concept provided IT companies with capabilities for using all the employees responsible for implementing the customer's idea maximally and added predictability in their behavior even in the event of force majeure circumstances (for example, when the customer needed to "reshape" a large part of the already created functionality). In particular, when the Agile processes are implemented without the aid from DevOps, developers often neglect the adherence to the requirements specified in the documentation and rely more on the information obtained through personal communication with the customer. The result is a lot of edits and time losses. In turn, Agile assisted with DevOps insists on careful compliance with all the provisions described in the documentation. This allows you to anticipate possible risks before the product enters the release stage.

What is DevOps: Summary

So, why you need DevOps? In fact, the term DevOps explained is a set of practices, which manifest the maximum effectiveness in the development of large-scale software solutions. It is in this case that it is advisable to increase the frequency of launching several versions of the same software on the server at the same time. Is it expensive? Not really. Initially, it may seem that the introduction of DevOps is not a budget solution (employees need advanced training courses, high-performance computers are needed to carry out the automatic testing, etc.). However, we all work for the sake of prospects, right? So, after a few releases, you will begin to notice that the deadlines for accomplishing tasks have been reduced, and no employee on the team is idling. This means that the same number of workers will soon be able to take on larger amounts of work without sacrificing its quality. That is why such innovations lead to success. 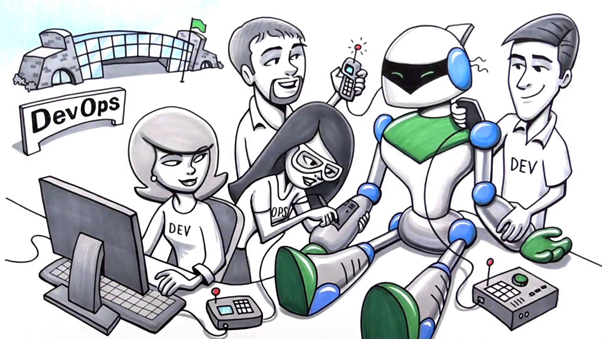 If you are looking for development teams, which can create a viable product in the shortest possible time, contact us! We would be happy to discuss with you all the details of further cooperation and immediately take up the implementation of your project.