In 2018, despite living in a heavily globalized world, we are all still so different; however, there are things that unite people in some way, and that people have a common love for all over the world. These things include fast food, Netflix, and messenger apps - these are just a few, but stand out the most. Messaging app development has been so tremendously quick and successful that it has even surpassed the social media development niche (see for yourself here). Have you ever wondered why and how that happened? If you’re trying to keep up with the IT/mobile world, then we are sure you have. This article is intended to give you all the answers.

So, where did this road to success start? The first platform was launched back in 1996, which we grew to know as an instant messenger - ICQ. We all used it. Later on, messengers such as AIM, Yahoo! Messenger, and Windows Live Messenger boosted the Internet community’s excitement about instant messaging even further. That created a safe ground for giants like Skype and Facebook Chat and, later, Facebook Messenger. Initially, having had lots of drawbacks (poor UI and UX, lack of security, low file transfer rates, etc.), they were constantly improving and attracting more users. 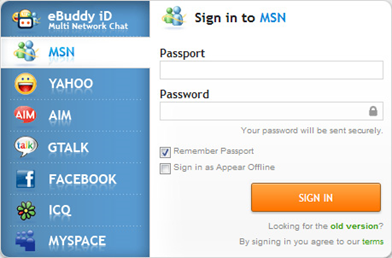 But the capabilities of messengers of the past fade, in comparison to today’s most popular messengers. These include WhatsApp, Telegram, Snapchat, and Facebook Messenger. Their impressive design, as well as the modern technologies they are based on, continue to magnetize thousands of users each month. For example, Facebook Messenger and WhatsApp, which are generally leading messengers based on worldwide usage, now both have more than 1.2 billion active users! There are some definite reasons for such enormous popularity:

The most successful IM apps, installed on almost every smartphone, earn billions of dollars. They help connect people all over the world, as well as form major social trends and manage social events. Let us take a look at the stories behind the most popular in this list. With that information at hand, we will be able to understand the key to their success.

Fact: in comparison with other IMs, WhatsApp lags behind in many features. Moreover, WhatsApp isn’t totally free like the majority of other messengers. Still, it is the most popular one, competing with Facebook Messenger to take the first place in the market. How? 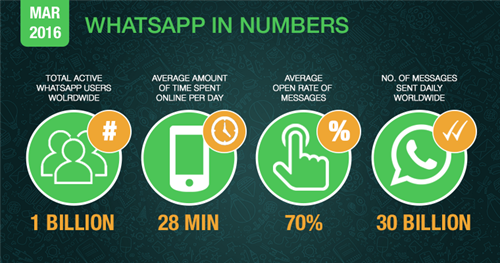 When it was created back in 2009, WhatsApp started a revolution in mobile messaging. At that time, Skype was the most popular IM, but it was designed mostly for PC. Due to the fast development of smartphones, people needed a similar app which would also become an alternative to expensive and limited SMS. But, WhatsApp went further than other messengers and started a new identification model, which was much easier to use. It identifies people with the help of their phone numbers – a feature which was hardly used before. Nowadays, such messengers as Kik tried to use only usernames and proved this model to lack of safety. That is why phone number identification is still the most widespread type.

WhatsApp operates through one of the best protocols (Extensible Messaging and Presence Protocol), which helps it manage an unlimited number of contacts with bulletins to all of them, and has high file transfer rates. With this, you are sure to transfer any data seamlessly – including audio, video, and webcam recordings.

The early start of WhatsApp, however, has made it rather conventional and its further development was comparatively slow. For example, it doesn’t have any face filters for the launched stories feature or animated stickers which would actually be great in attracting younger users. Despite the fact that many of them have already switched to much more entertaining apps like Snapchat, Facebook, and Instagram, they still cannot send large files through them. WhatsApp should definitely take note of such a major disadvantage.

In the 2010s, WhatsApp and its fellow app, Facebook Messenger (based on the same protocol), needed to see through the arrival of dozens of new messengers. All of them had impressive functionality and beautiful designs. Among them, there are those with tremendous popularity – for instance, WeChat. An indisputable favorite in Asia, WeChat has around 900 million users enjoying its micro-blogging feature, simple payment system, and a variety of company-oriented capabilities. It also lets businesses into its huge user base for free! To put it simply, WeChat is a really convenient multi-purpose platform, and relieves users from the necessity to switch between apps.

There is room for improvement with this chat app, though. First of all, it is still used mostly by the Chinese population. In addition to the language barrier, it has some minor drawbacks. For instance, it doesn’t show your online/offline status, but this app’s impressive marketing strategy and beautiful UI still make it really popular. 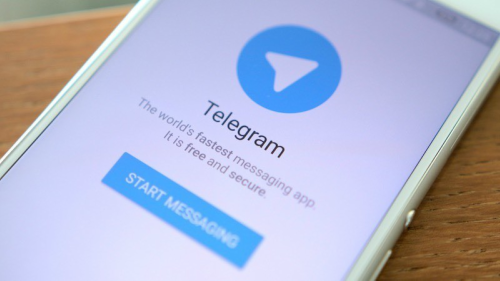 One of the latest IM giants, Telegram, launched in 2013, has already acquired almost 200 million users. Many experts claim that the key to its success lies in the powerful MTProto protocol. It ensures Telegram’s famous speed and security level. Here, you can start a so-called “Secret Chat” with anyone you wish, which offers end-to-end encryption and leaves no trace on the company’s servers afterwards. It also has a clone desktop version and is able to sync across all devices (no matter what platform the user prefers), still allowing you to launch a secret chat.

What is even more important, Telegram’s founder, Pavel Durov, funds the service personally. That means that there are no advertisements at all in this app! Instead, its users enjoy the possibility to express themselves via self-made stickers, which make their conversations much more personalized. Actually, when it comes to everyday chatting, easy to use, secure, and user-friendly Telegram is probably the very messenger that all others should be inspired by.

What about the Money?

One more impressive feature of new messengers is the development and implementation into special bots and chatbots. These are rather easy to create and install and, moreover, they are able to imitate real human interaction. They can also perform virtually any function – from ordering a pizza to searching tax information about your business partners.

Apart from being very useful for messenger users, they can also significantly increase revenues for the app owner. Bot monetization has become a burning issue to discuss. The best strategies involve creating the following bots: 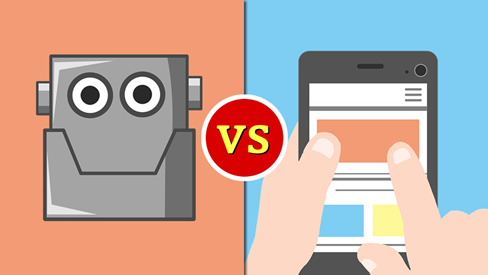 One more way to monetize an IM is actually much older in nature. You just need to open it for business advertisements and promotions. This is, for example, a great source of Facebook’s wealth. It was estimated that, in 2016, Facebook’s advertising revenue was comprised of about $27 billion, while, in 2017, it announced a 47% growth. A fair share of those impressive figures was gained with the help of Messenger’s paid content.

Of course, a company aspiring to create its own messaging platform would be really excited about that revenue. We actually see you saying “OK, Google, so how do you make an app like WhatsApp?” One needs to remember, however, about the high cost of messaging app development. According to Statista, bot development will cost you around $150 per hour. Let’s say, we want to create an app like WeChat. Here, we should take care not only of instant messaging, itself, but also of media transfer, notifications, and other stuff. Geolocation might cost you up to $4000 – take a look at our calculations. To launch an app like Telegram, the developer ought to provide a high level of security which would require hundreds of hours of programmers’ work. What is more, they should also think of creating secure Chat Rooms and a huge sticker base. You may be surprised, but it will certainly take them more than 50 hours! Finally, for an app like Viber, the developers will have to manage contact imports and sharing features. For all of that, they would actually need around 2,000 hours!

So how much does it cost to develop a messenger? A simple calculation shows us that a company would pay at least $300,000 for the most basic one!

Don’t be afraid, though – if your app is really good, all that money will return very quickly.

The Future of Instant Messaging

Is it really worth it to launch a new messaging app when there are already so many of them around? What is the future of instant messaging, anyway? Let’s try to answer these questions.

People will always seek new ways to express themselves, and fully customizable messaging is actually one of the greatest outlets in this regard. There is no doubt that the bot industry will develop much further. The future most likely expects all the same creative features of modern IMs - all users just love Telegram’s stickers and Facebook’s cat GIFs!

The overall traffic of IM, according to Juniper, is going to triple by 2019 (in comparison with what we saw in 2014). Some future possibilities for business will appear, making messengers more attractive for corporate users. The purchasing and transactional capabilities are expected to enhance, too, and that is more than we need to predict the glittering future for all kinds of instant messaging apps.

We hope that this article provided some useful insight into the past, present, and future of messaging applications, and made it clear as to why they became so popular so quickly. All of them have their pros and cons, but the key point is that they actually are the future of our communication!