How to Create a Mobile App with Geolocation

It is no secret that many popular mobile applications today are based on the custom advanced functions of smartphones. In particular, one of the most frequently exploited features is geolocation in mobile apps. It provides many useful opportunities. For example, based on geolocation data, routes can be calculated, places found, and also information provided about the surrounding area. In fact, this feature allows owners of mobile gadgets to see, in real time, much more than their vision allows. Have you ever used the services of Uber Taxi? Or played Pokemon Go? If not, you must have resorted to the help of Google Maps geolocation or other similar services at least once, like millions of people around the world (according to recent statistics, every third US citizen uses geolocation applications at least once a week). As you can see, software with such functions can potentially become an excellent idea for startups and, with proper promotion, a real goldmine for its creators.

Let us get down to business. If you are seriously thinking of ways to develop a mobile app with geolocation, carefully study this article - it is guaranteed to help you understand the nuances of its development.

What Exactly Is Geolocation?

Before we begin to describe the process of developing a mobile application with geolocation, we must first give a clear definition of this concept. What is the meaning of the “geolocation” term?

Geolocation is an automated procedure for determining the geographical positioning of an electronic device (a tablet, for example). In order to use this feature of custom gadgets, they do not necessarily have to have an Internet connection (how your software project will be able to receive geo-data is discussed in more detail, below). In turn, applications that use this data can have completely different purposes: emergency applications, dating and social media applications (such as Nimses), and concierge services (this can be a hair salon, restaurant, car wash - in general, absolutely any public service). But, that's not all. There is also a category of applications for which geolocation is not the main functionality, but an additional way for attracting customers (Instagram can be considered a software of this type because the user can specify the location where the photo was taken).

Below we will study the ways geolocation determines positioning, with the help of the user device.

GPS. Global Positioning Systems (GPS) are global satellite systems, the receivers for which are built into any modern smartphone by default. GPS satellites are scattered on geostationary orbits all around the Earth, thanks to which a device's location can be determined with a certain degree of accuracy. Position calculation is based on geometric trilateration. The device determines user coordinates on the globe based on distances to different, currently visible, satellites. Note that GPS itself does not require an internet connection or any other means of communication besides the GPS receiver.

Cell ID. The location of the smartphone can also be determined by signals of the cellular base stations to which it is connected. This method of obtaining geographic coordinates is more demanding to environmental conditions and the amount of phones in the immediate area, because it relies on radio signals of the mobile operator.

Wi-Fi. Wireless Fidelity (Wi-Fi) is a great invention – it provides accurate data delivery, much higher data rates and consumes less battery charge than cellular communication. The only problem is finding an open access point, which is not so easy. Fortunately, the inhabitants of metropolises have access to 3G. Nevertheless, one cannot help note the fact that its advantages are leveled as soon as you enter the "blind zone" (unfortunately, there are many, especially in the countryside). Last but not least, signals of Wi-Fi access points can also be used to pinpoint the device's location.

A-GPS. Assisted GPS (A-GPS) technology works by supplementing GPS positioning with cellular and Wi-Fi geolocations, allowing them to reach much higher accuracy. It should be noted, though, that such positioning quickly depletes the battery. 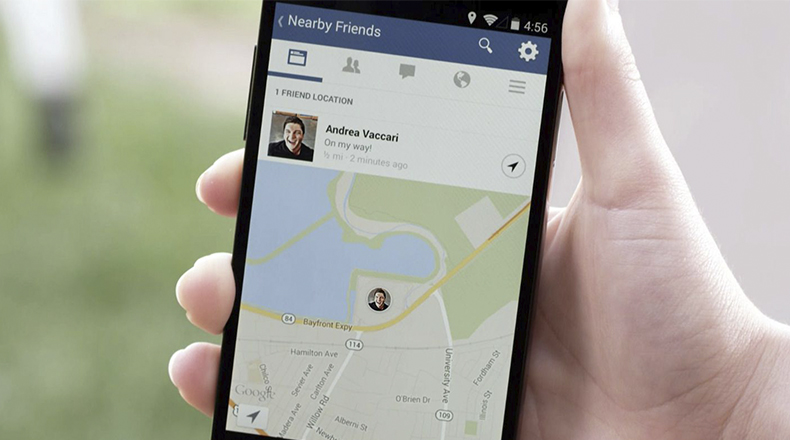 How to Add a Geolocation Feature into Mobile Apps

Let's move on to the main point. In order to add geolocation features to the mobile application, you need to provide integration with special APIs (which, in turn, contain special tools for the implementation of the intended functionality). The obvious advantage of this approach in mobile application creation is the possibility of concentrating on coding the rest of the app's logic not related to drawing maps, determining the geographic coordinates of objects and other nuances of the geolocation (UI design, for instance). These functions have been already implemented by platform developers in respective software development kits.

As a result, you simply need to connect one or two APIs (platform-dependent, of course). One is usually responsible for locating the user device (that is, obtaining its geographic coordinates), the other for drawing maps and displaying the user position on them.

Let us review an example. If you need to build an app with geolocation which is intended to help the user find nearby medical centers, you would need only their API to independently identify their addresses on the map. If your application provides for auto-location of the smartphone, then you would also have to integrate the second API (in general, developers establish integration with both APIs at once).

Next, let us look at the capabilities of the corresponding APIs on the two most popular mobile platforms - Android and iOS.

Setting up the Location on the Android Platform

Thanks to the Android.Location package or Google Maps API, together with the MapView class, you can implement the following features in your application: 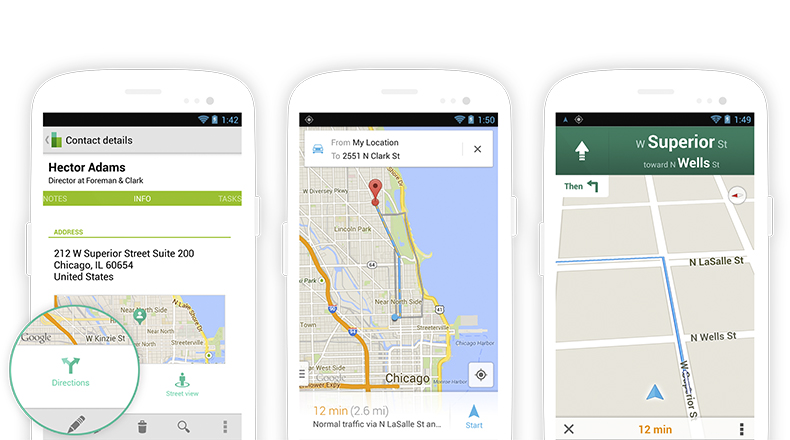 The IOS platform offers a set of incredibly convenient tools that allow for integrated geolocation in mobile apps, through the Location and Maps services. In particular, thanks to these services, you will be able to build the following functionalities into your mobile application: 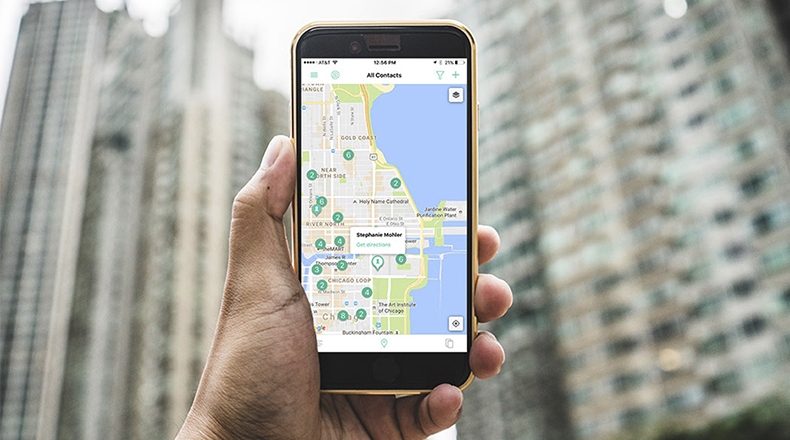 And what about web applications? There is W3C Geolocation API, support for which is built into many browsers (including those that are installed by default on iOS and Android), though, currently, it only works over HTTPS. Next is HTML5 geolocation API, also created and maintained by the W3C, though we should note that it is still in development and has a relatively low performance. Last but not least is the same Google Maps API.

Seven Most Successful Ideas for a Startup, on the Base of Which a Viral Location-based Application Can Be Created

Now, let's look at the seven best solutions for a geolocation app development for startup. 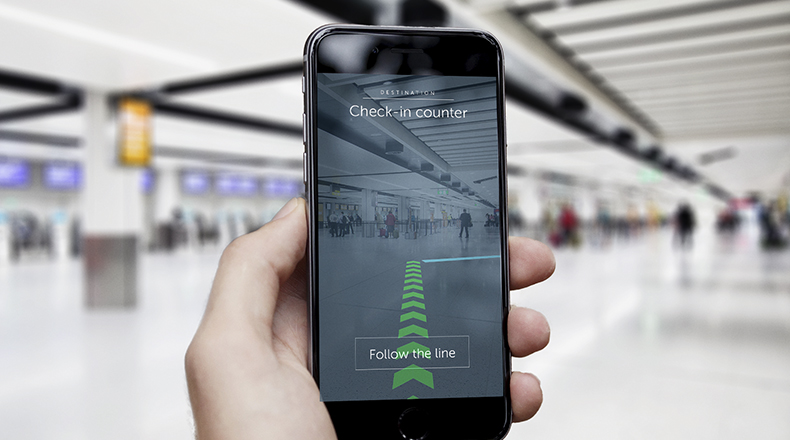 Developing a Mobile App with Geolocation: How Much Does It Cost?

At this stage, we already know which principles should be used when creating a location-based mobile app; however, this is just a theory. It is equally important to solve a number of practical issues, for example, to understand how much the creation of such an application will cost. Since the price of services for all developers is different, we will try to present the cost of different stages of development in hours.

Engineering. Of course, a theoretical representation of how an application should look cannot give a clear understanding of the ways of implementing the program code. That is why the engineering stage (selection of suitable software tools, a compilation of alternate subtasks, and assignment of responsibilities) is an integral part of any geolocation app development process. It will “cost” 80 hours, at least. If we base our calculations on the average hourly rates of development companies from Eastern Europe ($20 - $40), the prices for this stage would range between $1,500 - $5,000.

Coding. Ok, we have designed a complete vision of the future application, and now the coding can begin! As practice shows (and common sense, too), this is the most time-consuming stage. It will take at least 720 hours or $14,000 - $35,000.

Testing. Great, the application is ready! What's next? Of course, it needs to be tested, since the presence of errors would be unacceptable. In the case of the most primitive application with geolocation functionality, the testing procedure will take at least 80 hours or $1,500 - $5,000.

Maintenance. Even if your application is a kind of "know-how," there will come a time, sooner or later, when demand for it will start to fade. To prevent this, you will have to regularly release updates. In addition, some users, after the release of your product, can find bugs in it, and they will have to be corrected. To do this, you will need to hire a technical support team on a situational or a semi-permanent basis (as a rule, it takes at least 40 hours monthly) or $1,000 - $4,000 annually.

Want to Create a Geolocation App, but Have no Required Labor Resources? Contact the Professionals!

Do you have a great idea for a business, but never had the need for a dedicated development department? How do you make a location-based app in this situation? We have just the answer! You definitely need to contact specialists who will be able to create a customized mobile application for you in the shortest possible time. In particular, we at Applikey Solutions have been successfully implementing location based software for years! Do not hesitate and contact us soon!