Did you know that according to market expert predictions, the global value of smart homes is expected to pass the $53 billion mark by 2022? It is an especially demanded technology among the North American population.

Right now is the best time to build something in this niche yourself. Let’s review this topic and discover some specifics of developing your own smart home software.

How do Intelligent Houses Work?

The smart home structure implies a pretty simple implementation process: you usually get a full package of sensors that are to be connected via IoT capabilities to a centralized managing element, e.g., smartphone. Most such systems include features like:

The most in-demand capacities are the light and voltage management ones. You can control lighting all over your house simultaneously and control its volume.

The climate control allows you to adjust the temperature and adapt to the most fitting ‘inner weather’ conditions.

The smart security scans all the movements in enters and exits that can be used to invade your abode and automatically sets off an alarm in the case of an emergency. However, it requires programmable cameras on top of movement sensors to be installed all over the place.

Everything’s simple with entertainment systems - you get to put on video content and music at will, through remote control.

The Most Renowned Smart Home Providers

There are several companies which can be considered leading in the niche: Philips with its smart lighting system; Bosch with a wide range of controllers and sensors for building convenient plug-and-play systems; Amazon with its AI-powered virtual assistant Alexa that can help you control all the rest of your smart house infrastructure with voice commands; smart speaker Apple HomePod; and sensors and smart speakers from Google Home.

Issues You Can Come Across When Using Smart Home

As much such systems are easy to install and configure, a vast majority of customers employ initial smart home organization services. Yet, they can only afford to employ local service providers in this niche. There is also no single, standardized platform, which makes every other solution unique in its way. 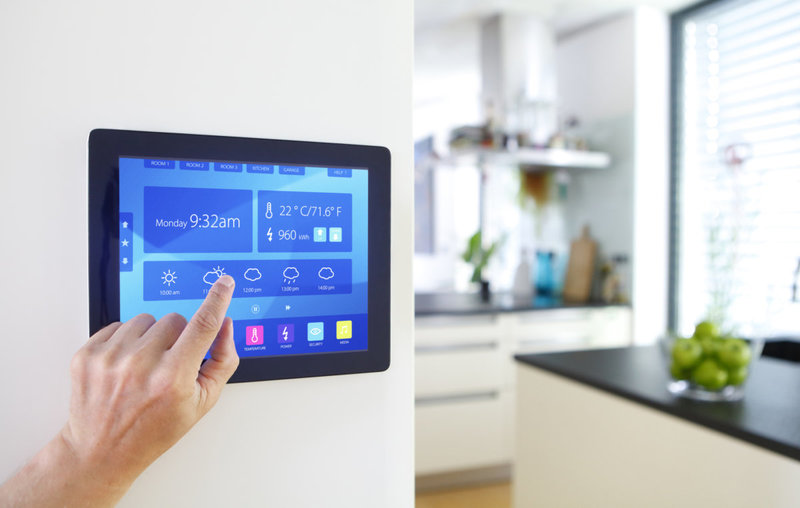 What all that could mean to you as a potential software supplier? Simply that you have all the reasons to launch your business concept on a local level.

You may already know that every other smart home solution is based on the Internet of Things technology, which allows managing numerous devices interconnected within a centralized network. Formally, practically any tool connected to WiFi (e.g., your smartphone) can be considered an IoT element. However, sensors that come in a package with most systems are of very primitive construction and, some of them, don’t even have displays (only light diodes).

That is exactly why specialized technologies (like ZigBee, Z-Wave or Bluetooth) and data transmitting protocols (e.g., HTTP, MQTT, AMQP, CoAP, and others) must be employed in order to program these simple tools based on a proper algorithm. In turn, access to these protocols and technologies is achieved through special ready-made IoT platforms that are based on cloud services - Microsoft Azure IoT Suite, Amazon Web Services, IBM Watson, Oracle IoT, KAA IoT, Google Cloud IoT, etc. IDE (Integrated Development Environment) can also be used instead. There are certain pros and cons in both cases.

On one hand, it is much simpler and faster to use a working product out of the box (just choose one from the set we mentioned above): all the questions regarding software security, protection from cyber attacks, and initial configurations will be solved for you. These platforms support IoT devices using any protocols, facilitate the setup process and make the IoT ecosystem actually 'smart'. Also, the ready-made solutions offer a standard user interface. Why waste time doing something that’s already well done?

On the other hand, a custom IDE (for instance, a solution based on Python like IDLE) will help you create smart home apps from scratch, allowing you to be utterly flexible in any implementations. Keep in mind, however, that it is quite difficult to combine software parts built based on the IDE with components of readymade IoT platform-based solutions.

All in all, it is better to use IDE for the development of the narrow-focus software, features of which are impossible to implement through AWS or IBM Watson. In all the rest of cases, you can stop your choice on an out-of-the-box solution in order to save time, money and strengths.

But the main thing to consider before making a decision is the monetization. Using out-of-the-box IoT solution you have to pay a certain monthly fee, so your earnings will be less than it could be with a custom IDE. Making your own IoT system requires more investment, but ultimately you will be able to cover the development cost much faster.

And now it is time to discuss some of the main features your future application for a smart home must have by default. The following is, basically, a full set of functionality a standard MVP should feature. Although, if you are striving for something more, you will need to also involve some advanced solutions that are trendy in the current IT. 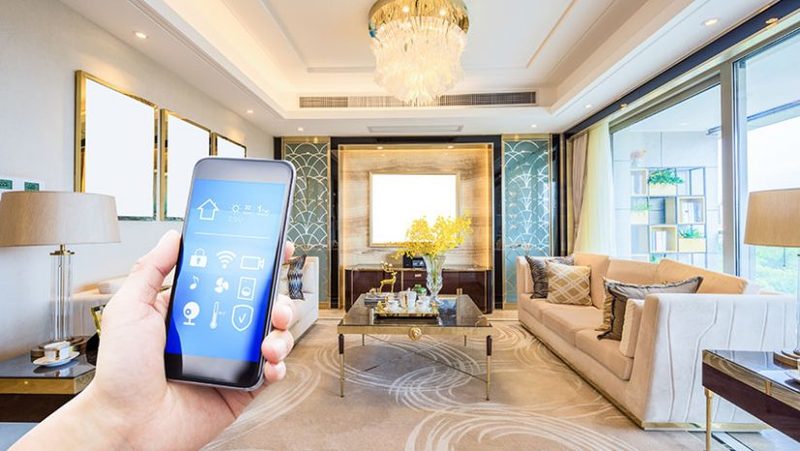 As we’ve already mentioned, all the features enumerated above are usually included in a minimum viable product. But if you want to go further and provide some advanced capacities in your project to make it truly farsighted and competitive in the market, you should go for at least one of the following trendy progressive pieces of tech:

We have already mentioned some undisputable leaders in this software development niche. Now, let’s consider in detail why these products gained such a popularity in the long run.

As you can see, leaders in the niche of smart homes are, mostly, huge IT market tycoons. Their products are multipurpose, which makes it useless to replace them with other solutions for many customers out there. Along with that, however, there is a certain lack of narrow-focused solutions on the current market. That gives you all the reason to try and conquer the niche with an original project of your own. Turn to Applikey Solutions and we will build you a technological solution that will be highly competitive, utterly useful, and original for users all around the world.