The NodeJS vs PHP debate is a classic standoff between tools used for creating the backend of a website. For many years, the JavaScript language that underlies NodeJS and PHP had non-overlapping applications. The former was used mainly to create frontends, while the second was used to write server-side apps and provide database connections. However, with the advent of the Google V8 JavaScript engine, the NodeJS platform was created on the basis of its source codes. Thus, JS has gradually begun to enter the application spheres traditionally associated with PHP. Since then, backend developers have split into two camps advocating for either JS or PHP. Each group believes that their choice is better, which leads to lots of heated disputes. At some point, JS began to be called a universal language, on which "you can write anything you like." But is it so? Is it suitable for all purposes? Or are there situations in which it would be better to use the old-fashioned PHP?

In this article, we will try to decide for which purposes it is better to choose Node JS or PHP, and whether it is possible to unequivocally name one of them the best. To start, let us provide brief overviews of each of them.

NodeJS is a platform that, in effect, converts ordinary JS into a general-purpose language suitable for server-side development. NodeJS is characterized by an event-driven programming paradigm and non-blocking I/O model, which allows the user to create asynchronous processing. To those who previously worked only with pure JavaScript or PHP, this coding style may seem quite complicated, but in the long term, this approach reduces the size and reactivity of server modules.

The main and most often voiced advantage of NodeJS is the npmjs package manager, based on npm, and the common module repository. The number of NodeJS modules (and other JavaScript libraries) added by users since 2010 is over 190,000, which exceeds the entire Perl CPAN repository that was collected for more than 20 years. Thus, usage of npmjs significantly reduces the time needed to create software and instead focuses the activities of backend programmers exclusively on the development of the specific functionality. This is a key part of the NodeJS operation. It allows each application to have the necessary modules in its own dependency tree. Each application can have its own set of modules, which resolves the dependency conflicts.

But this is not all. The V8 engine upon which NodeJS is built cancode really fast applications without burdening developers with garbage collection issues, slow compilation, and cache cleaning. For these issues, again, standard functions from the repository are used. Also, NodeJS is often used to create APIs. The most popular tools for this are the Express.js framework for the server, the MongoDB database management system, and the Angular.js frontend framework. 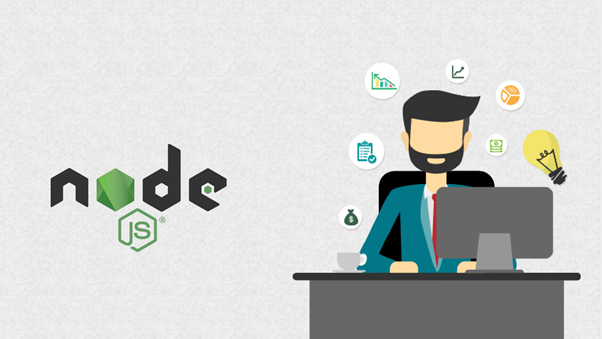 According to statistics for February 2018, PHP is the preferred choice for server development. This is a general-purpose scripting language, which is characterized by a declarative style of writing code. What does this mean for the developer? The programmer, in fact, does not have any restrictions on the arrangement and order of the code structures. PHP syntax is very similar to C, and the entry threshold is extremely low. That is why beginners often choose to use PHP. In addition, a colossal support community contributes to the solutions of tens of thousands of both typical and extremely specific problems.

Furthermore, the internet is full of sites and web applications that are based on servers or engines written in PHP. Underscoring its relevance. In addition, in PHP there is an analog of npm called Composer, which has a large amount of incredibly useful modules. However, unlike npmjs, Composer is not included in the standard package. Instead, it must be connected, and its repository is several times less voluminous.

PHP modules are easily integrated with third-party solutions. Using various APIs, a developer can connect to any other client-server service. 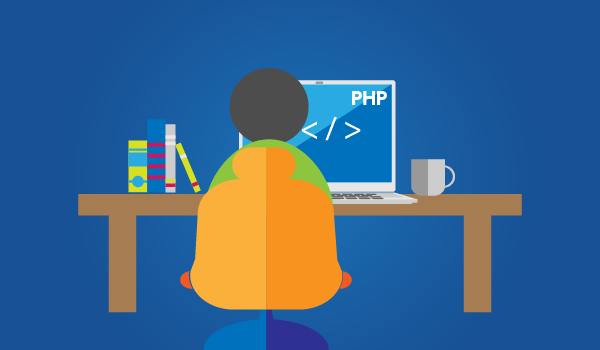 Do you already have some basic knowledge of PHP and NodeJS? Great, then let us continue! Below we compare these two languages in some key parameters that will help you understand which one will be more applicable in your particular case.

PHP vs NodeJS: Discover the Key Parameters for Server Development

Now let us review the comparison of Node JS and PHP.

In order to create a server part, it is most convenient to work using the framework. Frameworks accelerate the development process, help write structured code suitable for the re-usage, easily scale projects, and also encourage modern development practices, such as functional programming.

The most popular development environments for NodeJS are Express.js, Koa.js, and Sails.js. All three frameworks organize the application architecture in accordance with the Model-View-Controller model (MVC), which uses the same data at different levels of development, making it incredibly convenient for teamwork.

For PHP, the choice of frameworks is enormous and includes such popular ones as Laravel, Symfony, Slim, and CakePHP. What you choose up to your personal preferences, as well as individual experience with different solutions.

Let us start with a discussion on PHP. In order for the code inside the logical operators not to take up too much space or in order to execute a simple command like removing rows from the database, you just need to open the tags. In principle, PHP, thanks to its declarative paradigm, allows you to write commands anywhere. f You cannot do this with NodeJS because for each part of the backend, a separate file is created, which must then be linked to the main module. What is the conclusion of all this? If you decide to master the process of creating a backend from scratch, PHP is most suitable for these purposes. But the answer is more complicated than that. At first glance, the freedom of action inherent to PHP can later turn into a large number of errors in the code, which are very difficult to detect. That is why, especially when several people are creating a backend as a team, it is better to choose a stricter NodeJS. Why? Because this language uses the same data at different levels, within the framework of MVC/MVVM frameworks, which means that you get a well-structured project that you can easily maintain and scale.

The backend concept itself implies quick and easy deployment on physical or virtual servers.

Over the years, PHP has become almost the industry standard in web programming. All existing hostings today, regardless of the type, are compatible with it. Also in PHP, you can very easily establish a connection to SQL databases. In fact, one of the main reasons for developing this language was initially the need to simplify binding to relational databases. Furthermore, in most cases, you do not even have to allocate a separate powerful PC for the local server.

What about NodeJS? Here, everything is a bit more complicated. Deploying applications and frameworks created with NodeJS requires a fairly complex server infrastructure and preparation. However, Node is ideal for creating high-load multi-threaded applications and micro-service architectures.

NodeJS, being a relatively new overlay over the standard JavaScript, uses newer technologies and more advanced approaches to development and safety. On the other hand, given the many years of PHP experience, you will most likely find solutions that meet your specific needs. Where is the truth hidden? In fact, the truth is somewhere in the middle. In particular, on the internet, you are likely to come across obsolete PHP plugins that are no longer relevant and have significant "lags." Therefore, if your goal is to create a really fast application that provides high security without slowing down during active client-server interaction, Node JS will be a better choice.

When comparing the speeds of NodeJS and PHP, NodeJS is the winner, though not without difficulties. No, this does not mean that the solutions created on the basis of PHP work slowly and are not able to provide good responsiveness. Quite the contrary. Developers who deal with the PHP language, as a rule, do not worry about the performance of projects. However, these features of NodeJS allow it to run faster than PHP:

Finally, let us talk about databases. As noted above, PHP was originally created for active interaction with relational DBMS. This means that creating a server part in PHP offers a lot of simple tools for interacting with the database. Of course, NodeJS also has the appropriate libraries. But, unlike PHP, you cannot access the data you need by simply inserting the code in the right place of the page between the <?php and ?> tags.

To sum up, if we count the points, our review came to a draw – 3:3. PHP is characterized by a fairly long history, and Node has gained immense popularity and an extensive community of developers. Both of these languages are good in their own way, as they have withstood the most stringent test - the test by time and competition. In some situations, PHP is more viable, and in other situations, NodeJS is better. There is no unequivocal answer. The former is ideal for implementing projects with sequential execution and active use of relational databases. The latter is best for creating microservices and solving problems based on the event model. 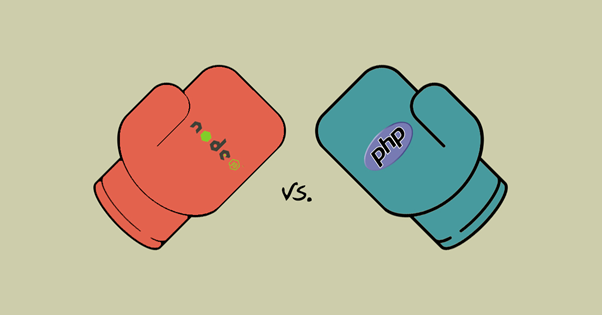 If you cannot decide which language is suitable for creating the server in your project, or, perhaps, do not know enough about the specifics of each of them, contact a professional. We at Applikey Solutions are ready to help. We will gladly take up your project to create an effective backend, which will not need constant technical support.