Xamarin Forms vs Xamarin Native: What Fits You Best?

A good knowledge of C# can be an excellent opportunity to expand the scope of activities and start creating mobile software. In the Microsoft ecosystem, mobile app development is completed with a help of the renowned Xamarin framework. Xamarin significantly reduces the entry threshold to this IT sphere for C# programmers because it does not require knowledge of platform-specific native languages such as Objective-C/Swift for iOS or Java/Kotlin for Android.

A problem that one may face before starting to work on a project is deciding which is better: Xamarin Forms (a tool for creating cross-platform software) or Xamarin Native (the creation of separate applications for each platform with a help of Xamarin.iOS and Xamarin.Android libraries). Let us review this question in more detail. 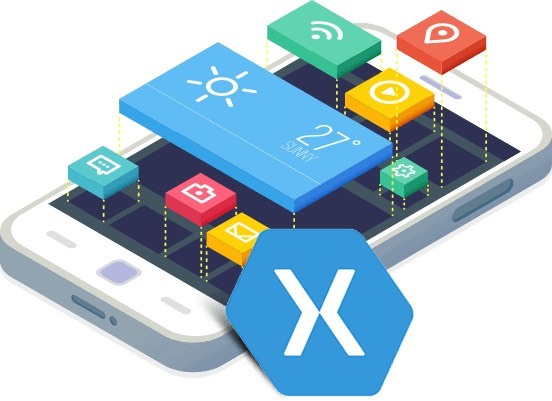 The Difference between Xamarin Forms and Xamarin Native

First, let us review the fundamental differences between development using Xamarin.Forms and Xamarin.iOS/Xamarin.Android.

Xamarin.iOS and Xamarin.Android: What are they?

The Xamarin framework is based on the concepts and tools of the Mono open source project. The company itself was founded by the engineers who developed Mono. Thier toolset includes C# compiler, implementation environment, Common Language Runtime, and .NET libraries. The goal of Xamarin creators was to make deploying C# applications to operating systems and platforms other than desktop Windows possible. For this, the framework is equipped with various platform-specific compilers. Their outputs result in the efficient applications (their performance does not rely on the technical specs of the browser rendering engine) that have direct access to native APIs.

The actual platform functionality is implemented using Xamarin.iOS and Xamarin.Android. These are the C# object libraries that give developers access to iOS SDK and the Android SDK, respectively. They wrap the APIs, native for these mobile platforms, allowing accessing the required functions through the standard C# toolkit. In fact, in Xamarin developers employ the same action algorithms as in the case of working in native languages.

Experienced developers note that about 75-80% of the codebase can be reused between native app versions--which is very important in the backend development.

Xamarin.Forms: What are its Capabilities?

Xamarin.Forms is a complete array of instruments for the creation of cross-platform software. It works on top of the Xamarin.iOS and Xamarin.Android libraries and allows writing front ends in C# and XAML and may even share this code between implementations. Applications created with Xamarin.Forms are fully endowed with all the characteristics inherent to the best cross-platform solutions. In particular, they allow developers to save time and money (about 80-95% of the code is cross-platform, the remaining 5-20% contain commands to establish connections with native APIs).

What to Choose and When?

And now let us compare Xamarin Forms vs Xamarin Native and find out which option, and in which situation, it is better to choose.

Despite the fact that Xamarin Native approach is more resource-intensive, it is still chosen in the vast majority of cases (this is a reason why it is also called the traditional approach). Let us clarify the reasons to choose this approach:

Despite numerous advantages, the Xamarin Native approach is not always the best choice. Below we will describe in which cases using Xamarin.Forms would be more appropriate:

All in all, on top of all the mentioned above, the Forms technology is constantly in the state of rapid development, has a well-structured documentation, and a large community that even provides readymade components.

If your solution is expected to feature standard or almost standard user interface, which is a sufficient enough option in most cases, and not to require the highest possible performance, Xamarin.Forms will be the best choice of the developmental framework.

Let us summarize the results of comparing Xamarin Forms vs Xamarin Native. When you plan to work on a project for a mobile platform, both of these solutions can be a beneficial choice. However, if you do not have the proper level of expertise in working with this framework, to create a commercial product it will be better to contract professionals. Applikey Solutions, for example. Our team has tremendous experience in developing, deploying, and maintaining the mobile solutions for a wide variety of industries. Therefore, we can easily implement your project. To get in contact with our staff, simply fill out the form on the website.