How to Create a Photo Sharing App

How often do you take photos? Surely, you find the art of photography fun and exciting and, as statistics show, you are not alone in your preferences, as millions of people around the world find photography fascinating. This overall interest not only remains stable over time, but also increases substantially every year. This is why the demand for photography generates new ways of taking photos, and further processing raises many questions regarding how to create a photo sharing app to satisfy them. 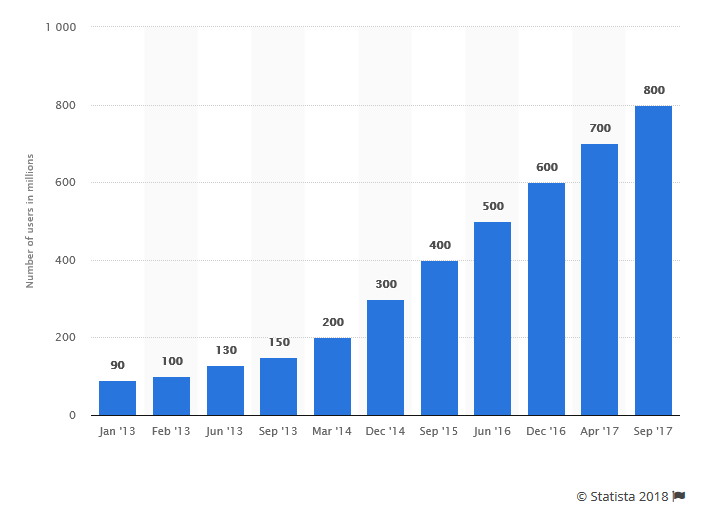 These statistics show the dynamics of change in the number of Instagram social network active users, as this is one of the most modern and popular services for the distribution of photos in the world. In addition to the ability to show your friends and followers a new photo, it allows you to process them quickly and conveniently in a couple of clicks. Therefore, its popularity is based on the desire of people to look better in photos than in a real life and, since photographic equipment has reached a level of development where even budget devices can capture fairly good quality pictures, filters have become particularly important. The filters, together with the modern methods to share new photos and the complexity of the technical implementation of these functions in an app like Instagram, are the topics we'll talk about in this article.

Instagram has already generated millions of fans due to its ease of use and a multitude of entertainment functions. Despite the fact that the application is focused on photo sharing, it also has features such as messaging and commenting. All this makes Instagram universal, self-sufficient and relevant.

Don’t let the external simplicity and ease of use mislead you. This giant is not as simple as it might seem, at first glance. Take a look at the list of functions implemented in the application and you’ll understand that it’s certainly not a lazy startup.

Their first server was of lower performance than the MacBook Pro. Nevertheless, this didn’t prevent Instagram from acquiring 25,000 registrations on the first day. At that time, only two developers were involved in the development.

The project was written in Python (the Django framework) while the main OS was Linux 11.04. Soon after, when one server became insufficient to maintain the high loads, they moved to EC2.

The underlying philosophy was: simplicity, transaction cost minimization and the wise choice of tools.

Today, we can clearly see that the strategy led to a huge success:

Now, the features of this app include photo storing & sharing, various photo filters, video streaming, timelines, photo crop & customization, messaging, searching, sharing features & social media integration, profile & authorization, stories, etc. If you want to know how much it costs to make an app like Instagram, you should multiply this estimation by the hourly rate of the team you would like to implement it.

So, if we take an hourly rate of $50 as an example, it will cost you nearly $40,000-$65,000 to create an Instagram clone with only one mobile app (either for iOS or for Android). Taking into account the fact that Instagram was sold to Facebook for $1 billion, this is quite a reasonable investment.

Snapchat is one of the biggest Instagram rivals. Its power is in the wide possibilities of multimedia sharing. Its multimedia messages, called “snaps,” could be images, photos, or short videos. The way they can be shared is also quite original: snaps have a limited lifespan which defines how long the snap will be accessible (from 1 to 10 seconds). To get extra replays, one would pay microtransactions (pricing is $0.99 for three resurrections).

One can send private snaps to some people and also make them public, as well as add friends from contact lists and nearby user lists. The latest “Memories” feature creates a private storage area, to which some posts from Stories and snaps can be saved. Later, they became available for display in the device’s gallery app, just like other locally stored media.

The most famous feature of Snapchat is its custom filters. They are loved both by users and advertisers promoting big events, movies or brands. As a whole, Snapchat is the perfect blend of a private photo messaging tool and social network. Taking all these modifications into account, Snapchat-like photo sharing app development will cost you from $30,000 and up (according to the complexity of the filters one would like to implement).

This platform for placing photos and forwarding them is somewhat unlike the previous two. This, however, does not make it worse; on the contrary, in its segment, Pinterest is the most successful and convenient platform. It brings inspiration, interesting information and trends to users, allowing them to store and share tutorials, portfolios, to-do and how-to plans, as well as collect individual image albums, and more.

At the same time, this platform can be extremely useful for product presentation, promotion, user response, audience interaction, market research, etc. So, here we are dealing with not just an entertainment application, but with a product aimed at studying the audience and the market. Users can create boards and attach various content to them, either found on Pinterest or manually downloaded by the user.

While the web version was initially the only version popular, there is now a mobile application that is in no way inferior to the functional characteristics. If you wonder how much it costs to build an alternative to Pinterest, keep in mind that the web version will cost you upwards of $15,000, while mobile app development costs will start around $12,500.

Looking at the vast audience of Instagram users, you might come to the conclusion that it makes no sense to create a similar application. People already use existing solutions of this nature, so why do they need a new one? In reality, users require change over time, and look at the use of new technologies and solutions that old applications can not offer. Therefore, it is important to monitor the interests and needs of the audience in order to offer them a timely solution and exceed past successes.

When you create a new application (and perhaps try to outperform an existing solution) which directly depends on the number of users, you should collect the user base in advance. At the same time, you will be able to understand how interesting your product is to the audience and take prompt action to change the strategy, if necessary. An iterative approach is brilliantly suited to this role.

App development can be a long process. An iterative approach allows for launching the product earlier and the flexibility to make changes in the app implementation course. Here’s how to best make use of it: 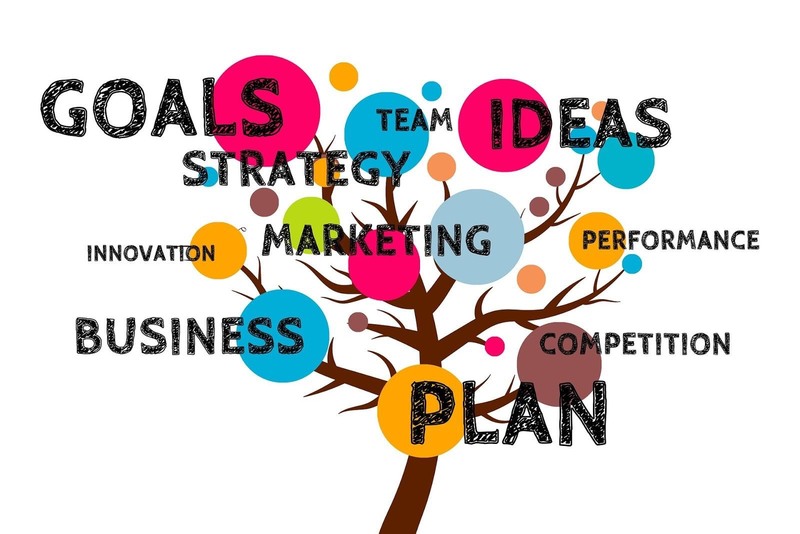 In addition to unique features, users also need new technologies. Typically, large platforms, such as Instagram, are limited to the capabilities of the software technology that was chosen for their development. At the same time, the requirements for program performance are constantly changing. If changing the code completely in these large platforms is not a possibility, then startups based on the latest technologies (as a rule, the most economical and efficient ones) have a chance to outperform the giants. Another argument in favor of new technologies is that they are built taking into account the modern needs of developers.

Creating a new application is important to conduct research not only on the target audience, but also on the psychology of modern man. With this information, you will have the opportunity to gain an advantage over the giants in an area nobody has thought of previously. For example, a new generation is increasingly demanding that they receive information in a compressed format, so consider applying filters that will help place the attention on the most important things only. Knowing such features, you can easily create unique traits for your application, which users will not be able to resist.

Summary: Is It Possible to Create a Successful Instagram Clone?

The answer is: yes. Moreover, the pace of new technology development suggests that, very soon, we will need faster and better applications. Gather all the best, breakthrough, and promising ideas and technologies to lead in the photo sharing applications market tomorrow. Believe us, you have all the necessary resources to do this!