Using any mobile app that you can find on the market these days requires the Internet connection to certain extent, and it’s not hard to understand why. The exchange of information between the user and the server is necessary for any mobile app to function.

However, an application that needs a constant connection to the Internet to work properly has a serious disadvantage: If the connection is not available for some time, the mobile app becomes useless. To counteract this, you should use the offline-first approach to mobile app development.

What Is Offline-First Mobile App Development?

Most mobile apps on the market work by accessing a database located on their servers and providing the requested data to the user. The offline-first apps, while still requiring a connection to the servers, don’t need a constant internet connection. The data from servers is downloaded to the user’s device and can still be accessed offline. An offline-first app will download updates from the server when the connection is available, while simultaneously uploading the changes that the user has made while being offline to the server.

Why You Should Opt For Offline-First Mobile App Development

Despite the continuing expansion of the Internet, and the breathtakingly fast development of the technologies related to it, issues with the Internet connection are still as widespread as the Internet itself. These technical issues are usually minor and aren't a huge hindrance for your average Internet user.

However, as a mobile app developer, you should remember that your users are impatient. If your application takes a long time to start because of the poor connection to the server, or even if it suddenly ceases working when the server connection is lost, the user can get frustrated. This may be especially true if he or she was just in the middle of working with your app. So, after experiencing such problems several times, the user might even stop using your app for good. Opting for offline-first development can prevent situations like this.

You should also think about making your app offline-first if it’s intended to be used when a stable WiFi connection isn’t available, like when the user is on the move or somewhere in the countryside. As a bonus, the reliability of your app, and its ability to work perfectly, will be a good selling point for the users who like to travel a lot. 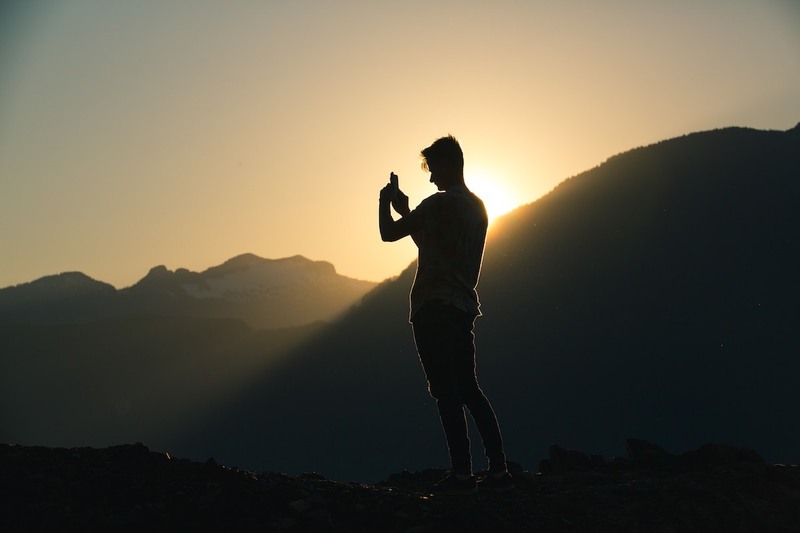 If your app is something akin to a large database that allows users to search for specific information, the offline-first approach may also be beneficial for you. If you create a smaller version of your database that is downloaded to the user’s device, you will not only make your application more useful but also make sure your user always has the access to the information, even if the connection abruptly ceased.

Finally, if your app already has many features that can function without constant connection to the web, why not make it offline-first? Building an offline-first app may be more complicated than creating an app that is entirely dependent on the Internet connection, but it comes with huge benefits like higher performance. Constant server-user data exchange is likely to slow the app down.

How To Create Offline-First Mobile App

The main task in offline-first design you need to solve is how your app will handle the absence of the constant connection to the database. There are three approaches to storing, syncing, and updating the local data:

The simplest way to manage the local data is to simply cache it so that it will be accessible whether the connection to the database is available or not. If your app is a relatively simple one, caching might do the trick for you. However, if you want to build a mobile application capable of editing data and applying changes to it while staying offline, caching is not the best choice for you.

Manual replication allows the user to change the viewed data while staying offline by marking objects as "changed." When the app gets connected to the server, the user can manually upload all the changes as well as download new data.

While being more advanced than caching, manual replication can be unpredictable and crash due to the problems with the server or Internet connection. It is prone to data conflicts and can cause the app to perform poorly.

This approach is similar to the previous one, but in this case, data is uploaded automatically rather than manually. By using more advanced synchronization protocols, an offline app that uses this method can transfer not just the changed version of the data, but also the actions that were made to edit it. This allows the system to automatically resolve conflicts, which improves the overall app performance.

In addition to the general mobile design guidelines, there are several rules that apply specifically to the offline-first apps. Some features are unique to this kind of applications, and there are several particular technical issues that developers have to solve.

What if the server applied changes to the database online, while the user edited that exact part of the data while staying offline? When the server tries to upload the information, it will be faced with two conflicting pieces of data. This can result in all manners of unpredictable system behavior and server crashes.

While this exact situation is relatively easy to solve, there are many other things that could go wrong and create data conflicts. To deal with this kind of situation, you need to build your app in a way that the conflicts could be resolved predictably. For example, to resolve the conflict in the situation described above, you need to clarify which piece of data has the higher priority.

Making an app offline-first essentially means that it is able to work in two different “modes” — online and offline. While the online mode is easier to develop, as all the mobile design rules apply here, managing offline functionality can be a bit more complicated.

A huge part of the offline-first approach is designing an app in such a way that it will have useful features even while not connected to the server. What these features will be depends on the kind of app you’re creating and the technical side of your project, as there are limitations to what can be done offline.

Making Online And Offline Functions Of Your App Clear To Users

Understanding your app capabilities is one thing, but making them clear to the user is an entirely different challenge. If it’s hard to tell which functions are available offline and which are online-only, using your app may be a confusing experience.

Let’s take the example of a shared text editor with documents that can be viewed and edited simultaneously by several users. If one of the users suddenly goes offline while everyone continues to do the editing, we will end up with two different versions of the same document. This will result in a lot of unnecessary work and several unhappy users. To avoid this situation, we can let users choose whether they want to continue editing offline or not by warning them about the potentially conflicting versions via a notification.

By using the offline-first approach, you can ensure that your app’s performance will be stable no matter the quality of the Internet connection, which is very important for the user experience. Designing an offline-first app for iOS or Android may be more complicated than creating an application only with functions that require the connection to the server, but in some situations, it is worth the enhancement of the user experience. If you are wondering if your app might benefit from the offline-first approach, or if you are looking for qualified developers to help you build such an app, don't hesitate and contact us! We'll be happy to answer any questions you might have and estimate your project for free.