Every year, the number of devices based on the iOS mobile platform increases. In recent years, the number of users who access the World Wide Web through a mobile device has grown significantly. Demand creates proposition. Developers try to adapt products as quickly as possible in accordance with the requirements of users. Quick elimination of errors in the operation of internet applications is an important criterion for the quality of provided services. Quality assurance helps development companies be competitive in the market of modern technologies.

Wikipedia provides this definition of the framework concept: it is the skeleton of a software system - its basis - which allows for easily defining and setting its parameters.

What should a quality iOS test framework look like? First of all, it should be as functional as possible. The ideal test framework should assume at least:

● Separation of the software into separate modules with the subsequent possibility of testing the necessary parts;

● Replacement of one system element with another to correct the system operation, if necessary.

Taking into account these factors while writing the test framework allows users to maximize the performance of the workflow when the number of scenarios inside the iOS increases.

Each of these test tools (frameworks) allows users to determine the behavior of the software system as precisely as possible. 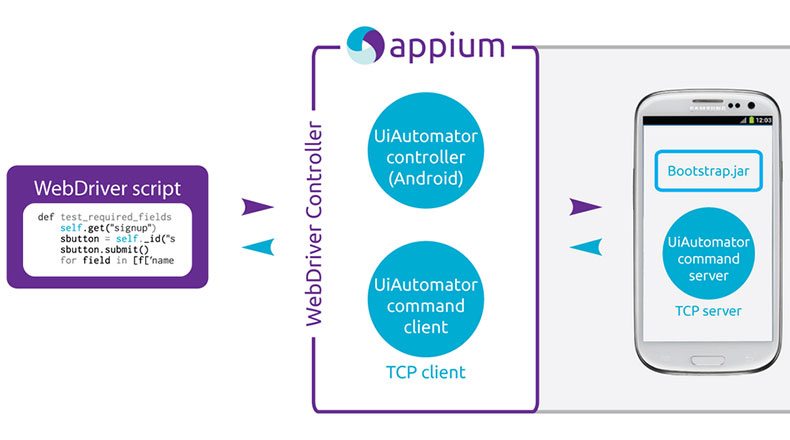 The Appium framework is an open-source testing tool. It supports the automation of the application testing processes on iOS and Android platform devices. The framework provides excellent synchronization of native applications developed specifically for the iOS system, as well as hybrid and web applications. Appium is an excellent tool for testing mobile websites, accessed through mobile browsers (Opera, Safari), supported by iPhone and other devices.

Advantages of using the Appium framework:

● This iOS unit testing framework allows users to select an individual basic structure for performing modular tests. Unit (modular) testing makes it possible to check individual parts of a program’s source code for the correct operation. This testing is done systematically during the process of programming.

● Appium allows for the creation of reusable test scenarios for mobile and web applications.

● This test tool allows for writing of tests using Java or JavaScript.

While working with this test tool, it is recommended to actively monitor updates. Some elements of the software system may not be available during testing, even with the help of Appium.

An example of a simple Appium code:

Calabash is an iOS automation testing framework that perfectly syncs with hybrid iOS applications. It is important to note that the tests inside this framework are based on Сucumber, an extensive automatic testing tool. This iOS mobile app testing framework, thanks to its simplicity, is understandable even for beginners who are not familiar with the specifics of software QA processes.

The advantages of this framework include:

● The Cucumber tool, for describing the simplest test operations, in conjunction with BDD methodology (continuous testing directly in the development) allows users to convey the information in such a way that every beginner can understand it;

● Capabilities for reusing ready scenarios created earlier during the testing of web and mobile software;

● Scenarios are coded in a scripting language that is close to natural English and easily understandable; and,

● The framework is available on both mobile platforms - iOS and Android. 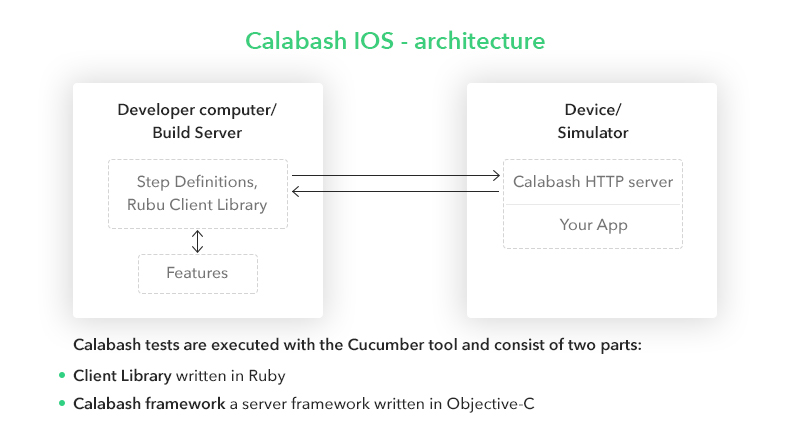 The following is a Calabash code example:

This iOS functional testing framework is one of the best options for conducting large-scale testing, as it makes it possible to group tests into subclasses.

This tool is considered incredibly easy to use due to its simple integration into the app’s structure, regardless of the platform used. XCTest allows for the conducting of automated tests with a set frequency. This framework can be used for testing at any stage of the development process. One of the main features of XCTest is support for Objective-C - the general-purpose programming language.

XCTest is synonymous with the concept of "availability." 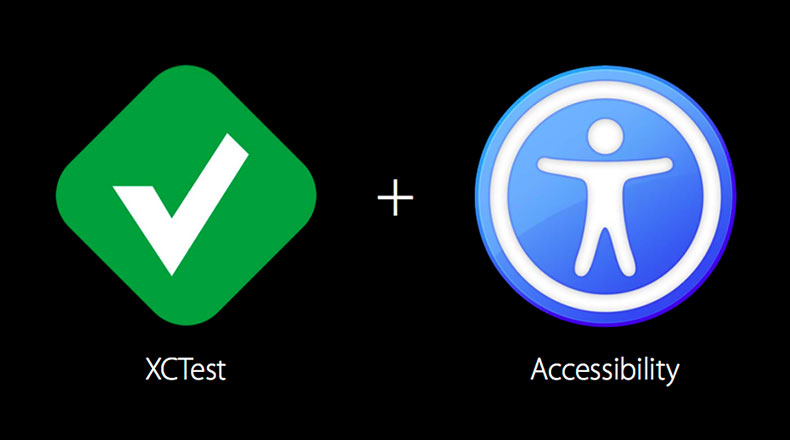 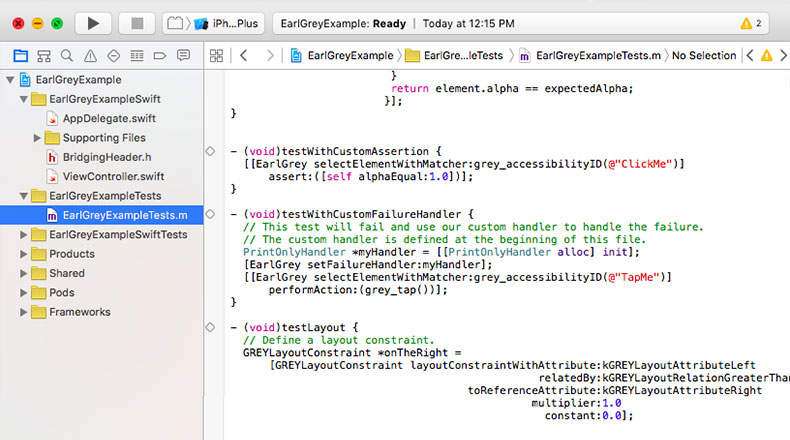 EarlGrey is the best UI iOS testing framework. Before its emergence, testing the user interface on iOS has never been this quick or simple. Google is actively using this tool to test their applied programs, including YouTube, Google Calendar, Google Music, and others. The main benefit of EarlGrey is its easy integration into iOS. This open-source framework is equipped with a powerful structure for synchronization with internal components of the operating system. The user has the opportunity to view the code, learn its nuances, and then modify it, if needed. Built-in synchronization allows for an increase in operational efficiency, and the scenario of test operations becomes significantly shorter. Another important feature is the possibility to conduct any actions with user interface elements directly and in real time.

An EarlGrey code sample is as follows:

● As a library equipped with functions for collection of the statistical data of the conducted tests; and,

● As a framework used for macOS development.

The OCMock’s design is engineered so that the user has the ability to add mock-up objects during unit testing. The framework is open source, and accessible for both amateurs and professionals in the field of programming. The simplest way to use this type of framework is to create stub objects that provide an architecture for iOS applications.

A sample of OCMock code is as follows:

Jest is an automated testing complex that allows for the creation of snapshots of the user interface and then compares them with existing images that are stored alongside test scenarios.

Thanks to Jest testing system operation principles, the user has confidence that the application’s user interface will not be changed unexpectedly. When testing with the Jest tool, the user should pay special attention to the results of the systematic testing conducted over the same component. The result should stay consistent between iterations and, if final results do not coincide, then the test is assumed to have failed. Also, while working with this framework, it is recommended to actively monitor any updates.

The following is a Jest code sample: 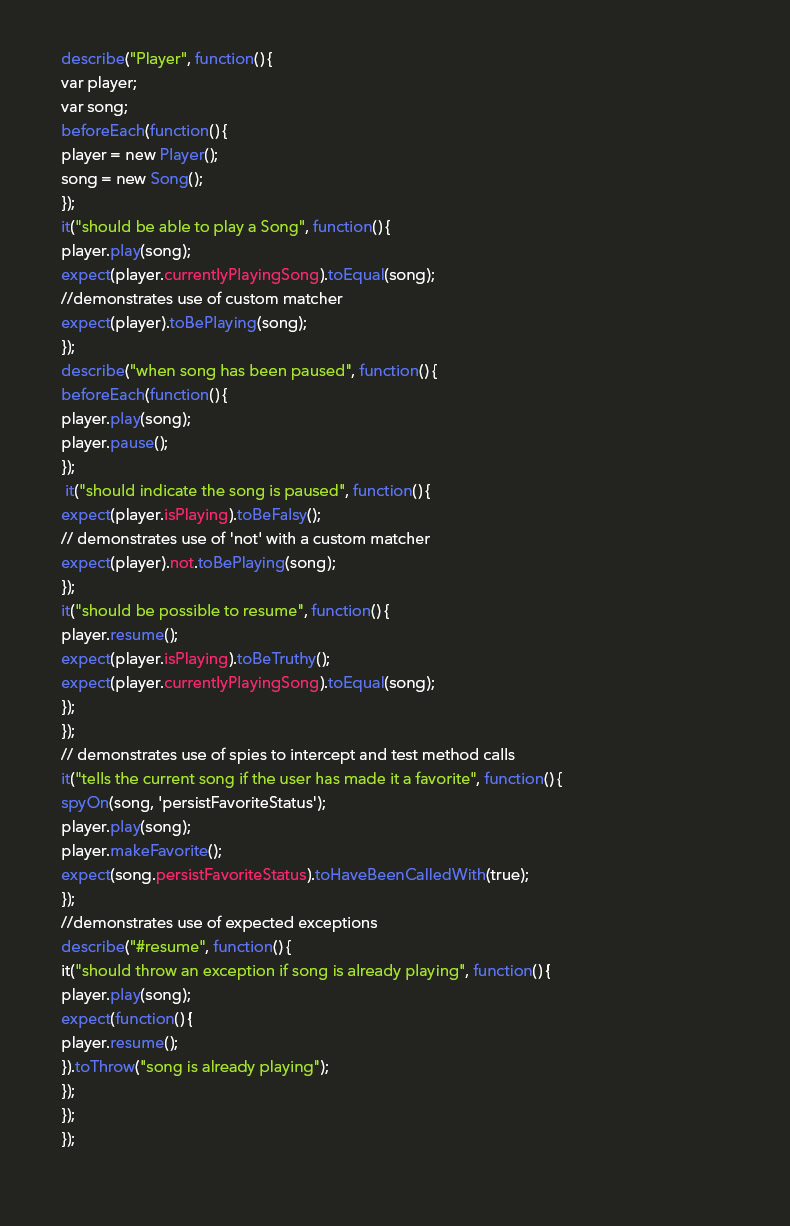 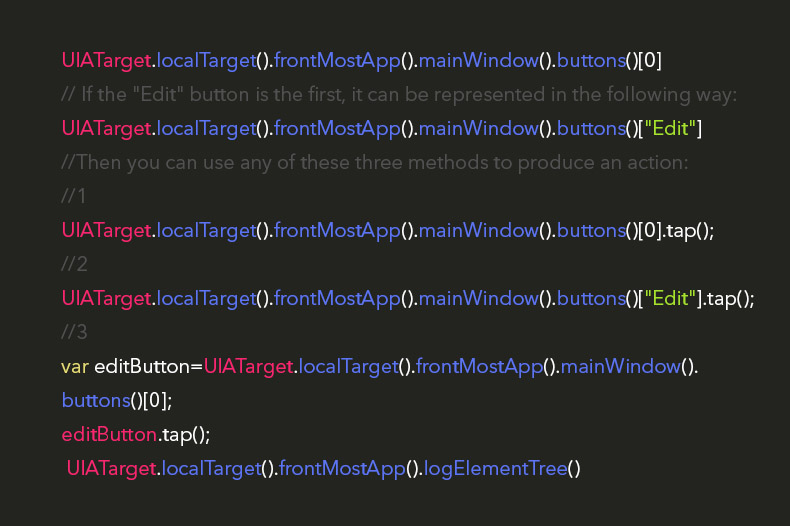 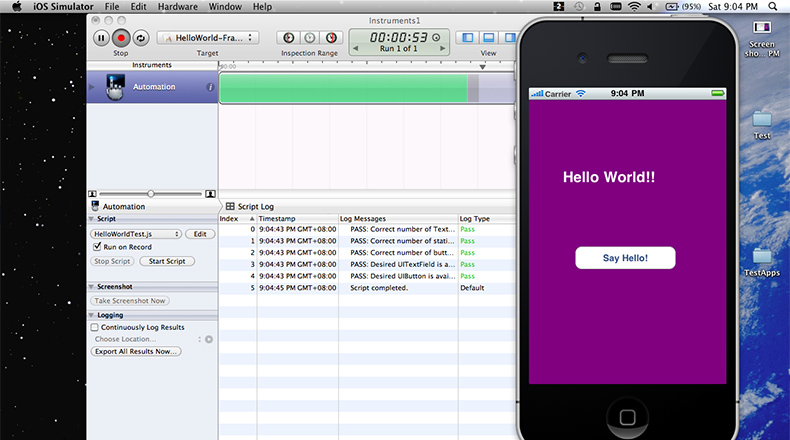 The following table lists the results of an iOS testing framework comparison: 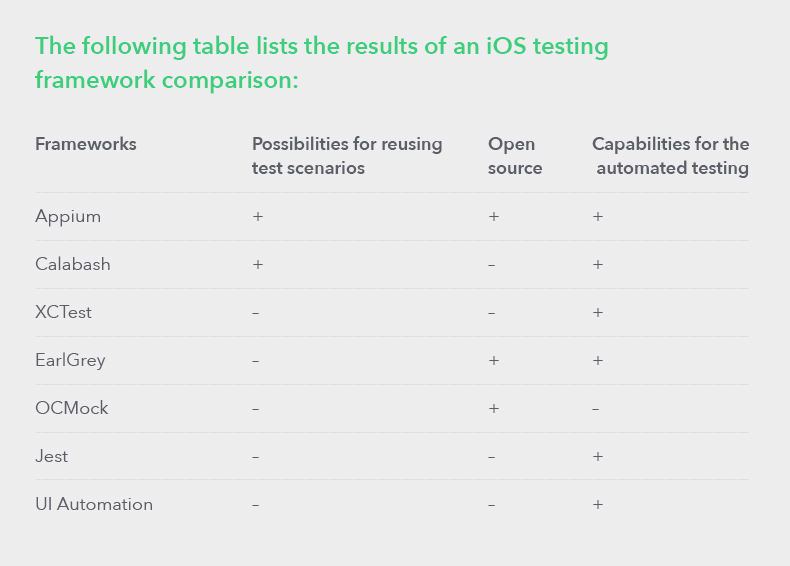 Selecting the framework for testing, each developer is free to rely on those functions that are more important to him or her. One of the most important selection criteria is the programming language that the user already knows. To select the most optimal option, the user can try a variety of frameworks first; however, it is worth remembering that a careful analysis of failures will ensure the stable operation of the application. The products manufactured by Applikey meet all the criteria listed above and will appeal to the most selective customers.

Applikey Solutions is an outsource software development services provider with years of experience in the development and quality assurance of mobile applications for a variety of platforms. The price for the services of our expert designers to create a standard application interface ranges between $1,500-$4,000 (taking anywhere from 60 to 160 working hours per application). Reasonable pricing ($20,000-$40,000), as well as time for software development (depending on the degree of complexity - ranging from two to five months), are the main criteria that allow the client to not only benefit financial, but also receive a truly high-quality final product. If you have a ready application that needs to be rid of bugs, turn to us for help. In the shortest possible time, our professionals will conduct exhaustive testing on your project and compile a report that is specific to you and your application.