How to Use Machine Learning in Mobile Apps

How Does Machine Learning Work?

Machine learning is based on the implementation of artificial neural networks, which are actively used both in applications for everyday life (for example, those that recognize human speech) and in scientific software. These allow for conducting diagnostic tests or exploring various biological and synthetic materials. In turn, artificial neural networks are equivalent to real neurons and CNS of a human being. It can be a bit difficult to understand, so let’s find out how the human brain processes memorization and recognition.

Unlike machines (even those possessing enormous memory resources), the human brain is far more powerful. We are able to easily identify human faces, even in low light conditions and in the presence of several extraneous objects. 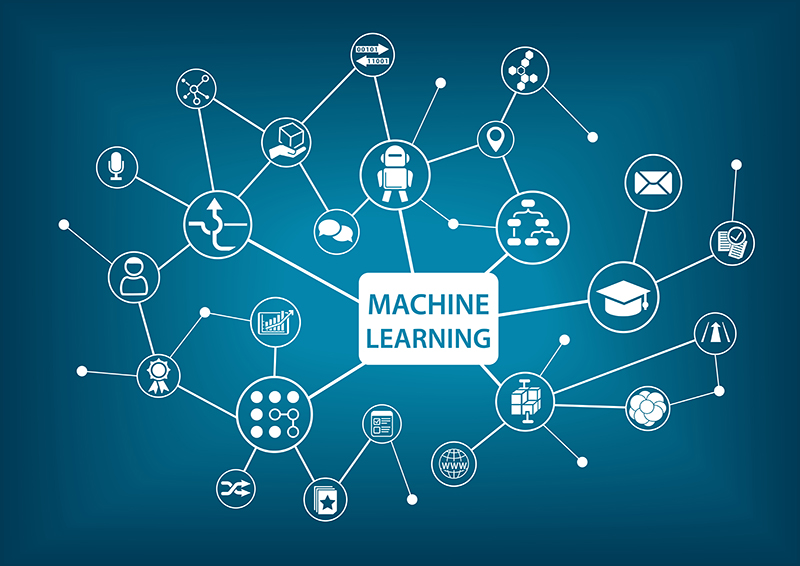 And what about computers? They do a lesser job at solving similar tasks today. Our brain is different and much more reliable: it does not stop its work while ill, as happens with computers that are damaged at some vital point (hard disk or CPU, for example). Moreover, we don’t need any special firmware, software, or OS to assimilate new information.

With computers, things are much more complicated, which is why scientists are still in active search for algorithms that replicate the work of the central nervous system. There is, however, nothing complicated at all. In order to transmit information to the brain, neural networks generate electrical impulses transmitting the simplest signals from one neuron to another.

On the basis of this concept, the first artificial neuron was created in 1943. It would seem that the mystery of the human brain was solved, but that was not the case. A few decades later, scientists proved that only a small group of linearly separable problems can be solved on the basis of human memory mechanism imitation and analysis. That is, those tasks whose expected result can be systematized and predetermined, in advance.

In order to implement this process, the researchers had to constantly replenish the memory of the learning machine with new examples that would clearly illustrate the solution of the same tasks. This approach works in most cases, but not all the tasks are linearly separable. So, now we’ll talk about what kinds of machine learning are used to solve specific types of problems.

The controlled or supervised variety of machine learning is based on the analysis of a large number of examples, and is used in the vast majority of modern public platforms for AI-based app development.

In order to implement the learning process, a certain set of examples, which are subsequently analyzed, is loaded into the machine. For this purpose, various accompanying information is included: geolocation data, dates, and specific characteristics of the object analysis itself. Then, a number of templates are generated on their basis. The algorithm finds the best template that corresponds to most of the related information. In turn, the machine gets the actual information (for example, that there is a cat on the photo) or even predictive information (such as forecasting the dollar's future rate).

In a supervised machine learning environment, there are three standard algorithms:

•classification (when the expected result is an object);

• regression (used to predict prices and other numerical data); and,

• anomaly detection (often used in commercial areas, for example in e-commerce or in finance industries. It is also used in data mining to detect hacker software intervention).

Thus, this algorithm is suitable for eCommerce machine learning applications. 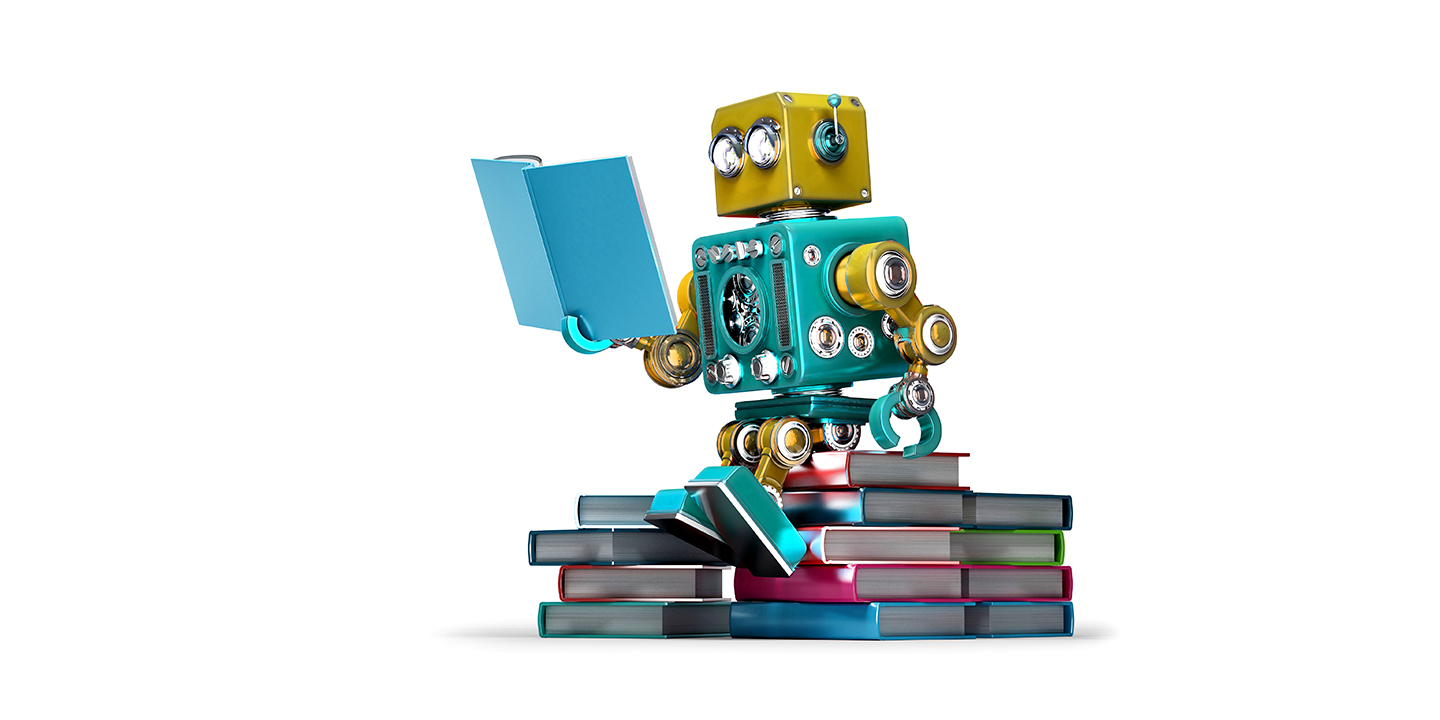 With uncontrolled or unsupervised learning, the machine either does not receive any specific input data or it fails to detect a certain pattern in the user's request, independently. The simplest example of an application that processes such requests is with mobile-based booking services that find restaurants with a truly delicious cuisine near the owner of the device. What happens with artificial intelligence? During training, it does not receive any information from outside, namely on which samples are correct and which ones are not. Its activity is based solely on the experience of working with a particular user.

Training with reinforcement includes abstracting from the knowledge provided by the teacher and through one's own experience. For example, you can create an auto-management machine that analyzes user reviews (or records whether or not they leave tips, for example) and improves the quality of service. A similar algorithm is used in robotics and for IoT apps. Today, learning algorithms with reinforcement are the most difficult to implement and, therefore, rarely used in software platforms to create AI-based applications. 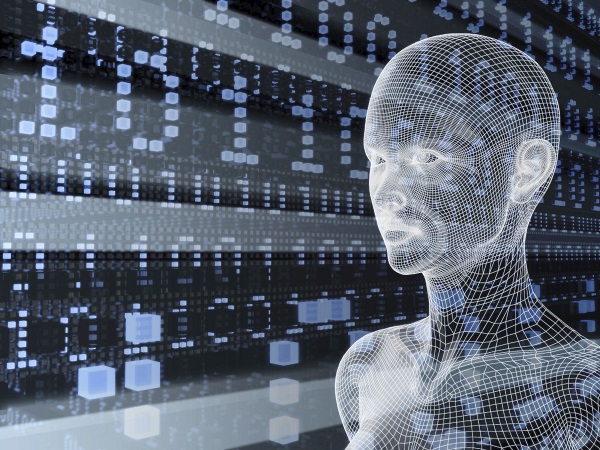 The Problem with Machine Learning

The main issue with machine self-learning is the ability to compile a correct training sample. Although the main indicator of the learning succeeded is the volume of the examples studied, the machine can use false signs to generate the sample and, therefore, produce incorrect results. For example, the machine recognizes only the images of houses containing a forest in the background. If it comes across a picture of a bench in the background that includes the forest, the machine is also likely to identify it as a house.

In order to minimize such risks, software platforms for machine learning use various methods such as:

• data augmentation (which implies some modification must be made to the same image, while the central object for which a sample is created remains intact);

• hard sample mining (when a sample is formed by objects similar to the central object, and the machine reveals differences between them based on the analysis of numerous examples); and,

• data addition imitation (in this case, some chains of neurons are nullified. Thus, the machine contains in its memory only data related to the target object, not the background elements).

Now, let's get down to the main point: how to create a custom machine learning mobile app. We will look at the platforms that are most often used by developers for these purposes, below.

Top 5 Platforms for Developing a Mobile App With Machine Learning

Api.ai is a platform, created by the Google development team, that actively uses contextual dependencies. Using this platform, you can successfully create business solutions for iOS and Android personal assistants, improving the capabilities being used by specific users. So, how does Api.ai work? Everything is simple. Its activity is based on two fundamental concepts: entities (central objects, which we mentioned above) and roles (accompanying elements that determine the central objects’ activity). To say it even more simply, it is aimed at revealing the subject (doer) and the predicate (role) in the user's request. Furthermore, despite the fact that scientists have proved that even newborn infants have some idea of the world, the creators of Api.ai strengthened their algorithms with a powerful database. This database is used as a guide by so-called agents, for software solutions based on this platform.

The principles of Wit.ai are largely identical to the previously mentioned platform. It is also characterized by a tool that converts speech into printed text. We can not help but note the "History" feature in Wit.ai, which is capable of analyzing context-sensitive data and, thus, generating the most accurate answers to requests (especially when creating chatbots within commercial sites). This platform is a good choice for creating Windows Phone, iOS and Android apps using machine learning.

Tensorflow is an open source library by Google, which allows you to create solutions based on deep machine learning (which is necessary, first of all, to solve nonlinear problems). Using the experience of communication with users in their environment, applications based on Tensorflow gradually generate correct answers to user requests. Note that this library is not the best choice for beginners.

The IBM Watson system is a solution that provides a comprehensive approach to the processing of user requests. Regardless of format, the collected data (speech, images or printed information) is analyzed very quickly using multiple approaches. This method of searching for solutions distinguishes IBM Watson from other solutions mentioned above, which involve complex logical chains of ANN. Such multitasking wins in the majority of cases. It determines the factor of the minimum error risk in comparison with the use of multi-stage algorithms for selecting the best template.

Microsoft Azure is a cloud solution that has an incredibly large community of support, quality multilingual documentation and a huge number of really accessible tutorials. This platform is based on the programming languages R and Python. Due to advanced analytical mechanisms, you can create applications that will generate accurate forecasts. For example, it can foresee which candidate will win the next election campaign or detect malware, revealing the abnormal behavior of a company-specific software.

Now, let's look at the most famous examples of implementing machine learning technology in mobile applications.

Success Stories of Mobile Apps Based on Machine Learning

Our friends, who are not in IT, have long puzzled over how this application works. That’s because Shazam is based on the principle of machine learning. By converting the music into digital data, Shazam compares it to all the tracks that were previously analyzed in the learning stage.

The basis for this mobile application is a usual keyboard with an interesting design on Google Play. As far as it gains experience while working with its owner, this keyboard becomes capable of generating frequently used phrases or correct written words, just like the notorious T9.

These days, there is no person familiar with mobile devices based on iOS, who would not know about Siri. This is one of the most successful variations of machine learning iOS apps, presented as a personal assistant based on artificial intelligence. Siri not only helps its users to simplify the everyday tasks, but can brighten up the moments when there is no one to communicate with anyone else, in a way.

This mobile application from Google Play allows you to reduce the use of a phonebook, enabling you to call the most active contacts directly from the home screen. Based on self-learning routines and predictive analysis of user behavior, the application changes the selection of contacts available on the speed-dial widget, depending on current location and previous calls.

Available on iOS and Android platforms, this application, based on the Healint machine learning service, serves as an aide to patients with chronic migraines. Migraine Buddy conducts extensive research of the user’s lifestyle and everyday habits, and takes into account such factors as local weather, characteristics of previous seizures, drugs taken, health conditions, etc., to forecast the possibility of a subsequent headache and ways to prevent it.

How to Use Machine Learning in Mobile Apps: Summary

So, what advantages are there in machine learning for developers? The concept of artificial intelligence and, in particular, machine learning allows you to implement completely new features for software. Commercial applications based on AI are able to perform only simple tasks, so far. The reason for this is the imperfection of the approach to organizing the ANN activities. At the same time, their price is relatively large, despite the fact that their potential is growing every day. Soon, we will be able to obtain highly intelligent software that can easily surpass the human mind, in a way. For example, we expect a wave of implementations of machine learning for ecommerce apps; either way, today you can already create and launch correctly working virtual assistants in your application.